Spartans tackle the Big Apple ahead of Pinstripe Bowl 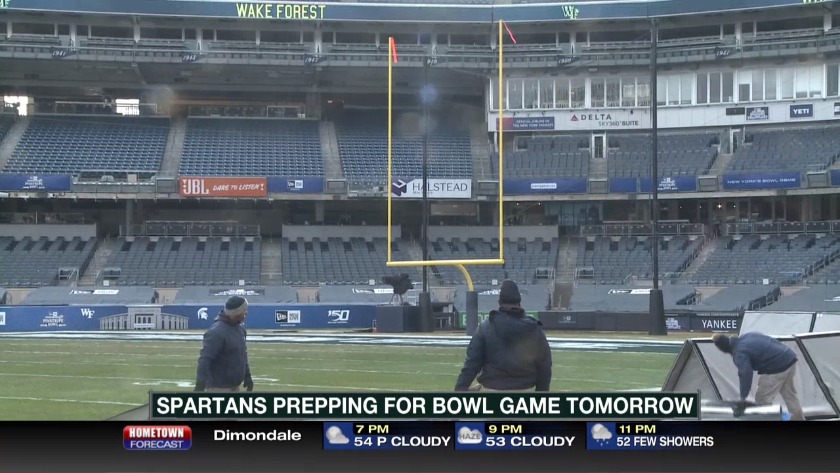 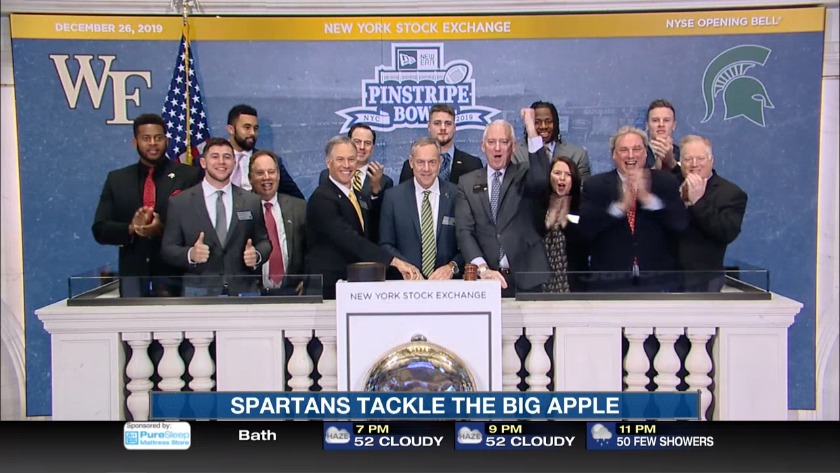 NEW YORK, NEW YORK (WILX) -- The Spartans are in the Big Apple and are just one day away from playing in this year's edition of the Pinstripe Bowl.

The Spartans and the Wake Forest Demon Deacons will go head to head in the Pinstripe Bowl, which kicks off Friday, Dec. 27 at 3:20 p.m. (Source: WILX)

While they've been in New York, the Spartans have been practicing for the big game, but the team has also done a lot of other things as well including ringing the bell at the New York Stock Exchange.

The week has been full of new adventures not only for the players, but also for Coach Dantonio.

As Dantonio mentioned, the team was also able to visit the 9/11 Memorial, which was an emotional trip for the Spartans.

The Yankee Stadium has also undergone some preparations ahead of the game.

Yankee Stadium, which is obviously home to the New York Yankees, has been transformed a bit as the football field was recently put in. Crews were working Thursday to touch up a few areas.

The Spartans and the Wake Forest Demon Deacons will kick off at 3:20 p.m. Friday afternoon.