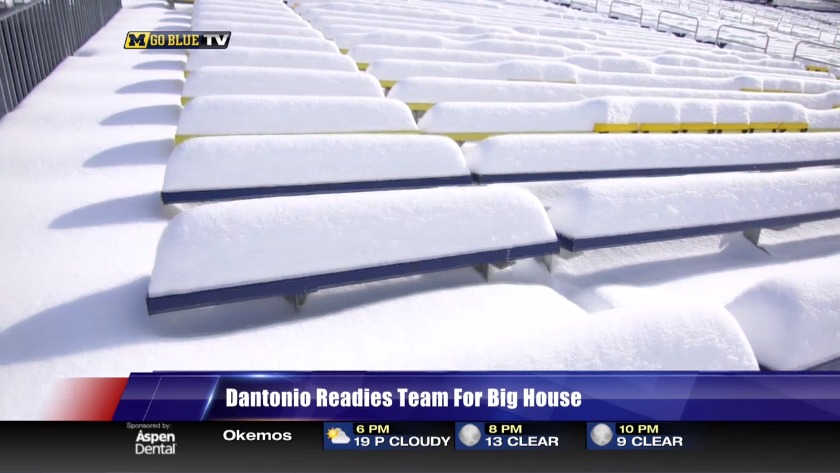 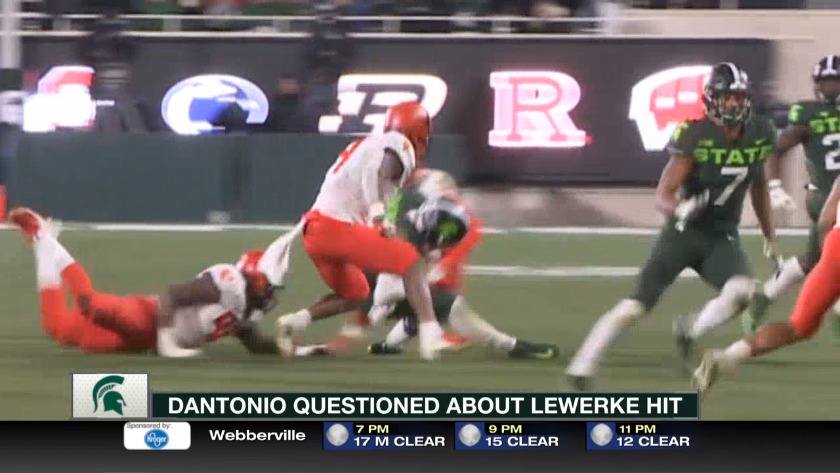 ANN ARBOR, MI (WILX) -- It's rivalry week for Spartan/Wolverine football as the two teams are meeting at high noon this Saturday.

Michigan State Coach Mark Dantonio has an 8-4 record against Michigan in his career. His team is a two touchdown underdog for Saturday's game in Ann Arbor.

It will be about 35 degrees, but dry. Workers were busy Tuesday in Michigan stadium clearing more than 9 inches of snow off 100,000 seats.

Michigan has artificial turf so preparing the field isn't nearly as challenging as getting the Big House prepared for Saturday's crowd.

Dantonio said he wants to make sure his team is fully prepared to play to win.

"We want to be ready to play and shake off the past and give ourselves our best chance to win. We've won there before and it should be another tough game and we want to be fully prepared for everything involved with it," Dantonio said.

He stayed down for a while after the play and a teammate even signaled to the sidelines to send a trainer onto the field. He stayed in and threw a crucial interception on the next play.

Dantonio was asked about all of this and Dantonio said he was convinced Lewerke was okay physically and left him in the game.

"We asked him if he was okay and he assured us he was and he waved it off, so we were convinced he was fine, no concerns, no nothing," Dantonio said.

What is a bit more suspicious, however, is on the next play-- Lewerke threw a game changing interception. This pick returned for a 70-yard touchdown and the Illini were in the game big time after trailing by 25 points in the first half. But Lewerke says this pass had nothing to do with the fact that he might have been concussed as the term goes:

"Yeah my head was ringing a bit. Yeah it was a tough hit but I was fine. It wasn't that big of a deal. It's part of the game, I was alright, I was fine so," Lewerke said.

Now MSU's concussion protocol submitted to the NCAA says any student athlete suspected of incurring a concussion will be immediately evaluated by medical personnel.

That requires an examination of the cervical spine as well as a neurological evaluation.

It also says anyone suspected of having a concussion will not be allowed to return to play that day.