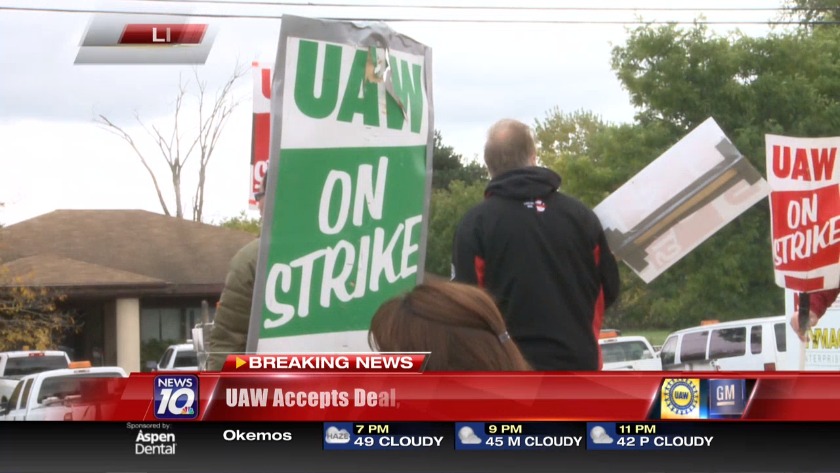 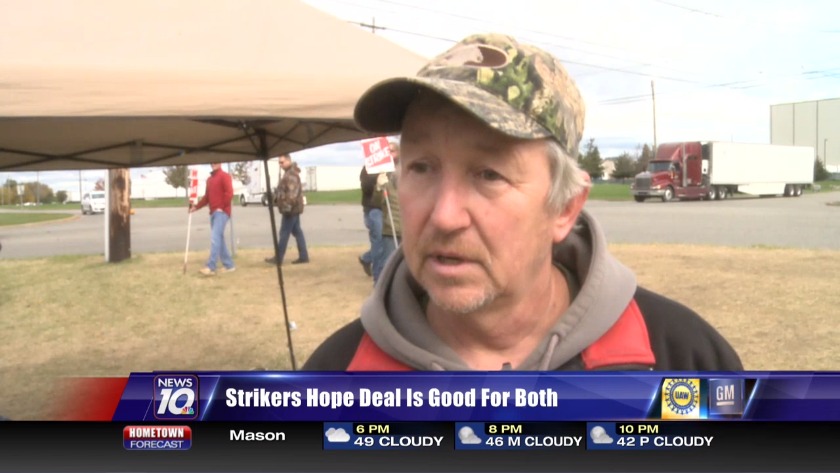 Strikers hope deal is good for both

LANSING, MI (WILX) -- Some temporary GM workers were concerned about particular wording in the tentative agreement that union leaders recommended for ratification Thursday.

The strikers around the Lansing Delta Township assembly plant in Lansing said that the devil is in the details.

They wanted a complete path to full-time employment and it seems there is a provision in the deal. But during the press conference, Brian Rothenberg, of the UAW gave an answer.

In order for the temp-workers to become full-time, the agreement said that they have to work for three years 'uninterrupted.'

The provision is if you're off for 30 days.

The UAW said that it doesn't count towards that, so if a temp-worker is laid off for more than 30 days that would not interfere with whether they would become full-time.

On another note, UAW 602 strike captain Terry McCabe said that he doesn't believe they're getting the raises they're entitled to with the deal.

"We gave up a lot in last 10 years for them to get out of bankruptcy. I'd rather see these lump sum payments put into our hourly wages rather than lump sum payments. Especially with the overtime that we're working, it adds up at a lot," he said.

Even though the strike is hurting their pockets and the state's economy, workers are still willing to continue striking for the cause.

Strikers will stay on the picket line until the agreement is ratified. The voting will last until Friday, which means there is at least one more week of the strike

In return, the contract allows GM to proceed with factory closures in Lordstown, Ohio, Warren, Michigan, and near Baltimore.

Details of the agreement include: a path for full-time temporary workers to become permanent, an $11,000 ratification bonus, no changes to healthcare and wage increases.

Starting on Jan. 6, 2020, full-time temporary workers would be given a shortened path to permanent status.

On Jan. 1, 2021, a path for part-time temporary employees to convert to regular status would be effective.

The contract also provides for improved paid and unpaid time off for temporary workers, and enhanced vacation.

The contract also provides for 3% wage increases in the second and fourth years and a 4% lump sum in the first and third years for eligible permanent manufacturing employees.

$60,000 bonus for up to 2,000 eligible production and 60 eligible skilled employees who retire between Dec. 31, 2019 and Feb. 28, 2020, as determined under the normal and early retirement provisions of the national agreement.

Also, negotiators succeeded in removing the $12,000 cap on profit sharing payouts, so now all profits the company earns in North America will generate payments to members, based on the current $1,000 per $1 billion formula, with no limits.

Salaried employees will see 66 holidays over 4 years and an education/development bonus of $11,000.

And regarding discipline, the agreement states, the company will maintain Paragraph 64 of the 2015 Salaried Master Agreement, which states, “Management will not take into count any prior infraction which occurred more than two (2) years previously.”

Protest in Howell ended peacefully with one arrest

Protest in Howell ended peacefully with one arrest