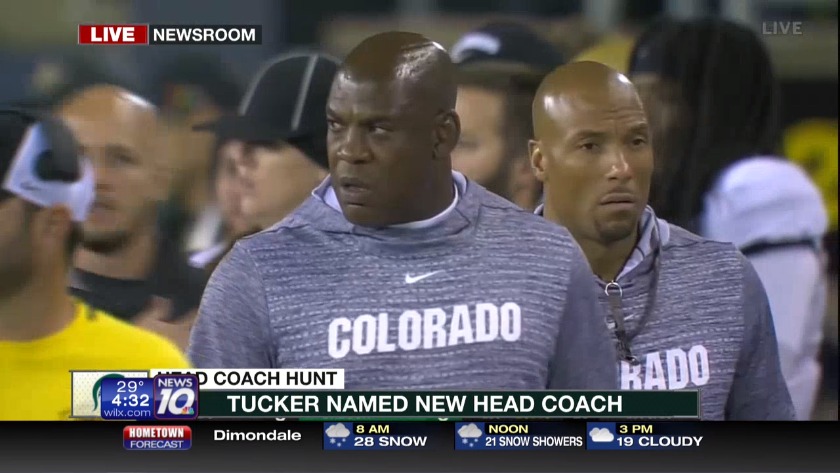 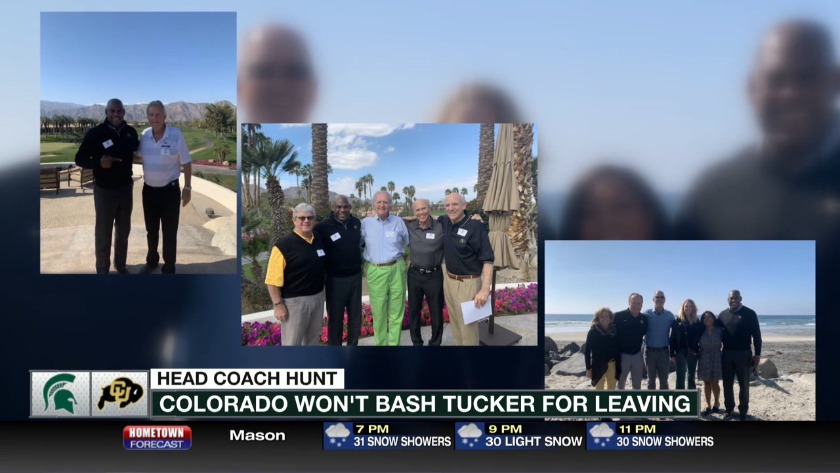 CU's Athletic Director, Rick George, said that when he learned of the offer from MSU for Tucker that he had discussions on his end to make a counter offer.

He says he learned through "different channels" that conversations were being held between Tucker and MSU before he had a chance to even reach out.

And when he finally talked with Tucker and his agent he was informed that Tucker took the job.

He did add that MSU had requested to speak with Tucker about the job so he was aware it was happening.

On Saturday, Feb. 8, George says that he, along with Tucker, tweeted that Tucker was committed to staying with Colorado.

Mel has turned heads with the culture he’s quickly building at CU. I know that Mel is very committed to the Buffs and we’re committed to supporting the vision he has for winning championships. #GoBuffs https://t.co/UEOY8on6TG

But on Wednesday, things were different.

“What transpired over the last 24 hours is disappointing, but a coach is going to do what’s best for him and his family,” George said.

George said he thinks Tucker was being honest when he said "no thanks" to Michigan State on Saturday and he pointedly refused to say anything bad about his school's former coach.

"I don't have anything negative to say about our relationship. We have a good relationship. He made a decision that I don't personally like, but I respect and it's time to move on," George said.

He also talked about Coach Tucker's performance at CU and said that over the 14 months that he was there that the program “is in a better position today than it was 14 months ago.”

Tucker left Colorado without talking to any of the players, according to George.

“I don’t feel jilted at all. My biggest concern is our student-athletes. This isn’t about me at all,” he said.

George said he should find out within the next 24 to 48 hours if any of Tucker’s assistants at Colorado will join him at Michigan State.

“This has happened so quickly, I don’t think they know.”

Colorado is now launching its own head coach hunt.

YOU CAN WATCH THE FULL PRESS CONFERENCE HERE.

Coach Tucker: "Together, we will be relentless to create an integrity-filled and winning culture for our staff, coaches and student-athletes in everything we do – on and off the field."