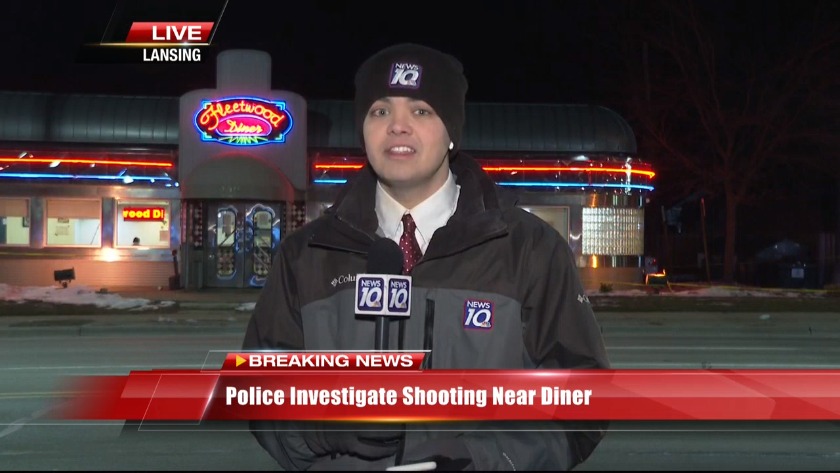 Overnight shooting at the Fleetwood Diner in Lansing

LANSING, MI (WILX) - Police responded to an early morning shooting outside of the Fleetwood Diner in Lansing on Thursday.

Shots fired outside of the Fleetwood Diner Thursday morning.

Lansing Police say they received a call at approximately 1:51 a.m. of shots fired outside of the diner.

When police arrived they found a 27-year-old male in the parking lot of the diner who had been shot in the leg. During that time, police also learned another male had shown up at the hospital with a gunshot wound. Police determined that both cases were connected.

Early information suggests that two separate groups of people were in a fight in the parking lot before both men were shot, according to police.

Lansing Police say they have identified the people involved in the incident and there is no ongoing threat to the public at this time.

There was a heavy police presence at the scene throughout the morning.

The Fleetwood Diner is currently open.

Anyone with information on the shooting should contact detective sergeant Shawn McNamara at 517-483-6840.

This is a developing story. News 10 will continue to follow the story and will monitor the investigation as it unfolds.

FBI reaches out to Sen. Burr over stock sales tied to virus