UPDATE: Charges could be dropped and refiled in juvenile court against I-75 rock throwers 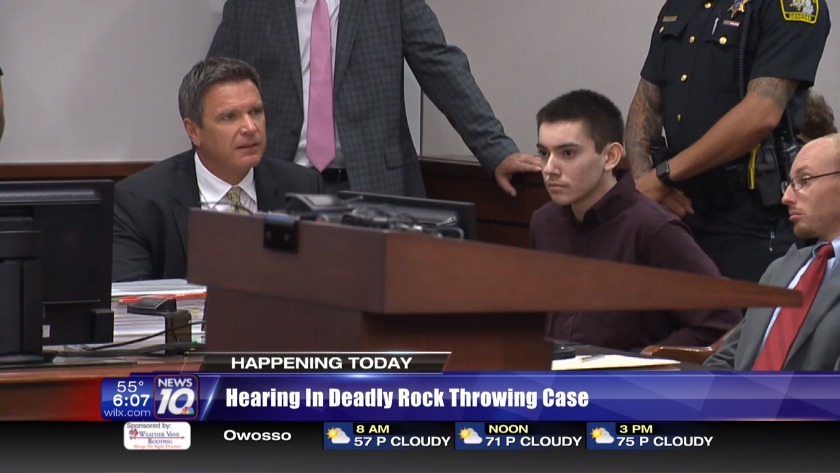 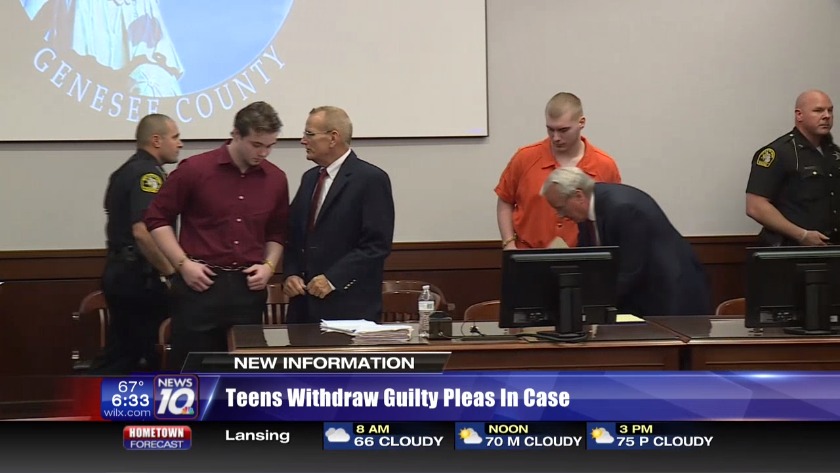 FLINT, MI (WJRT/AP) -- Four Flint-area teens who admitted to throwing rocks off an I-75 overpass in Genesee County, killing a man, might be sentenced as juveniles.

The teens were in court on Tuesday and the Genesee County Prosecutor's Office made a motion to drop adult charges against Trevor Gray, Mark Sekelsky, Alexzander Miller and Mikadyn Payne.

Prosecutors plan to refile charges in juvenile court, ensuring the teens all can be sentenced as juveniles.

However, the Genesee County Circuit Court Judge Joseph Farah said he has discretion on whether to allow the adult charges to be dropped and he did not make a ruling Tuesday. Farah plans to do research before making a determination on the prosecutor's motion.

Farah said the juvenile sentences, which would have kept the teens behind bars until they turned 2 with educational and counseling expectations, were not severe enough to match the seriousness of the crime.

The teens are charged in the death of Kenneth White.

He was killed in October 2017 by a rock thrown from an interstate overpass.

The four teens withdrew their guilty pleas earlier this month after a judge ruled they would be sentenced as adults.

Prosecutors can now reinstate all charges against them.

A fifth teen pleaded guilty to second degree murder and is awaiting sentence.

Kenneth White of Mt. Morris was riding in a van when a rock smashed through the windshield on Interstate 75 in Vienna Township, 80 miles north of Detroit.

Kyle Anger, who was accused of throwing the rock that hit the van, has pleaded guilty to second-degree murder and awaits sentencing.

Copyright 2019 WILX. All rights reserved. The Associated Press contributed to this report.