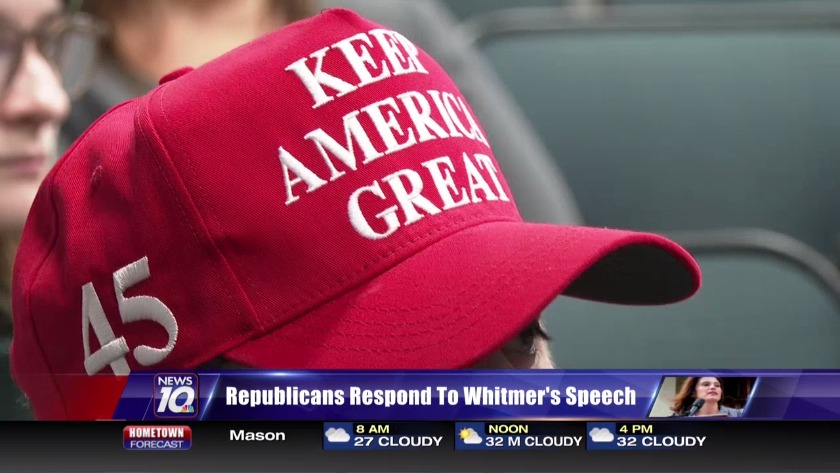 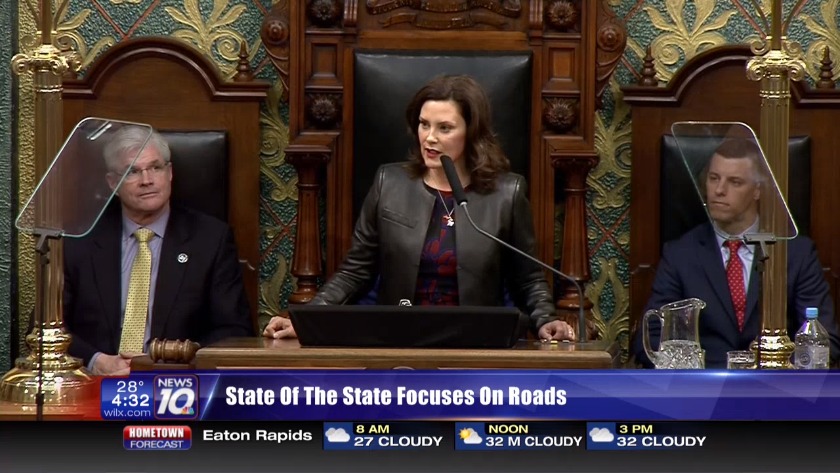 What Governor Whitmer said in her State of the State

East Lansing, MI (WILX) -- While Governor Gretchen Whitmer delivered her address at the Capitol, across town in East Lansing, fans of President Donald Trump held their own rally.

The rally held Thursday night was the kick off to the "Make Campus Great" series on Michigan State University's campus.

News 10 spoke with several Republicans during and after Gov. Whitmer's State of the State Address, who said their biggest concern is in regards to her road funding plan.

"Now she's saying 'I'm going to borrow against your future. I'm going to bond the roads and you're going to have' -- we haven't even paid off the Engler bond so this is an insane plan, you know, it is time for leaders to say 'let's work across the aisle and you know what I want the roads fixed,'" said Ronna McDaniel, chairwoman of the Republican National Committee.

During MSU's rally, Whitmer announced a major road funding plan for Michigan. McDaniel said that even now, it is inexcusable for the roads to not have been fixed during her first year as governor.

"I just drove out to Lansing. The roads are still terrible. If I could give one message to our governor, it's time for you to make Michigan roads driveable again and please work with the Republican legislature to accomplish the things you ran on," McDaniel said.

State Senator Jim Stama responded in a statement following the governor's address and said, "bonding concerns me as it takes away road dollars from our local roads to put into the state highways."

"Finding the right way to fund the roads without bankrupting future generations with bonds that we can't handle or take on, I don't think that that's the best way forward. I think working with the legislature should be a priority for the governor instead of going around the legislature," said Paul Stephens, a Kettering University student.

"Now bonds is not the answer in any way, shape, or form. We don't want to push our debt back, but we need to fund that with basic accounting skills using that money that we're already using on this user tax to put on to the roads," said Mark Klien, an MSU student said. "But Gretchen Whitmer I mean Democrats high taxes, you're cutting Pure Michigan, you're cutting funding for children with autism and disabilities and your cutting veteran things, how are any of these things popular?"

Gov. Whitmer is set to hold a media roundtable Thursday to offer an update on her Rebuilding Michigan plan. The governor will take the national stage next week when she gives the Democratic response to President Donald Trump's State of the Union Address.