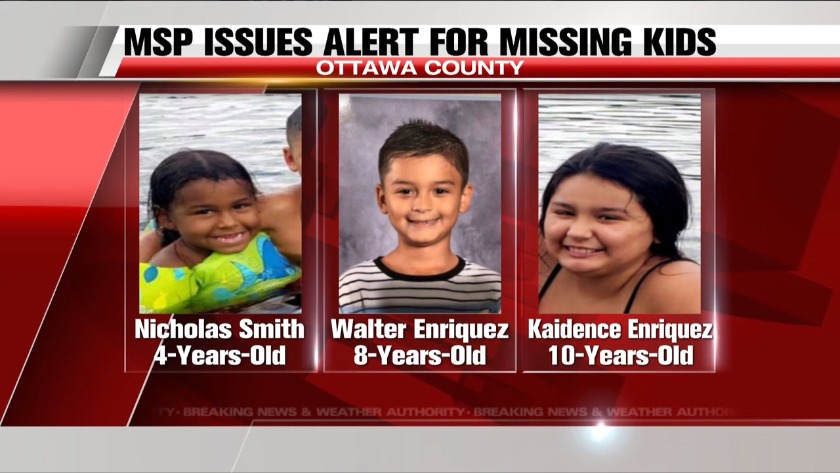 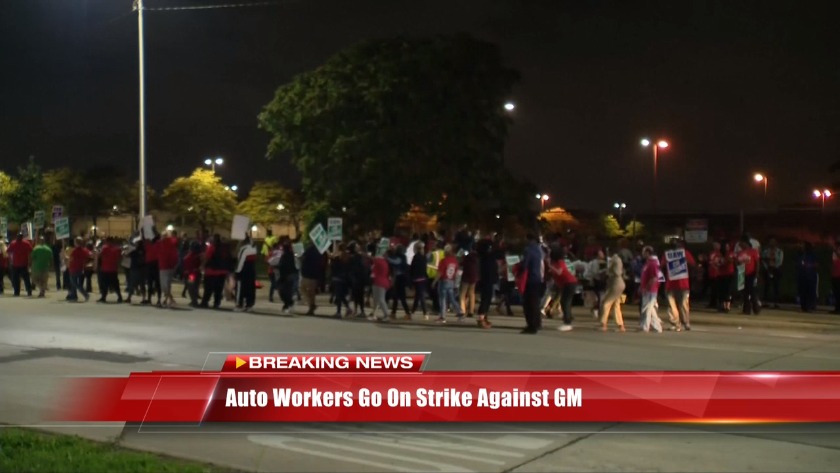 LANSING, MI (WILX) - A top United Auto Workers official is telling General Motors that if the company had made its latest offer earlier, the union may not have gone on strike.

The letter from UAW Vice President Terry Dittes to GM's chief bargainer says the company waited to make the offer until two hours before the contract expired Friday night. He says it would have been possible to reach an agreement and avoid a strike if the company moved sooner.

More than 49,000 members of the United Auto Workers walked off General Motors factory floors or set up picket lines early Monday as contract talks with the company deteriorated into a strike.

Dittes writes that they still have to resolve differences over wages, pay increases for new hires, health care, job security and other issues.

Workers shut down 33 manufacturing plants in nine states across the U.S., as well as 22 parts distribution warehouses.

It wasn’t clear how long the walkout would last, with the union saying GM has budged little in months of talks while GM said it made substantial offers including higher wages and factory investments.

It’s the first national strike by the union since a two-day walkout in 2007 that had little impact on the company.

GM workers joined striking Aramark-employed janitors on the picket lines Sunday night at a sprawling factory on the border between Detroit and the small town of Hamtramck.

Worker Patty Thomas said she wasn’t scheduled to picket, but came out to support her colleagues at the car plant, which GM wants to close.

She’s heard talk that GM may keep the factory open and start building electric pickup trucks there, but she’s skeptical.

“What are they going to take away?” she asked. “That’s the big issue.”

She said workers gave up cost-of-living pay raises to help GM get through bankruptcy, and workers want some of that back now that the company is making profits.

Striking GM employees were joined on the picket lines by workers from Ford and Fiat Chrysler, who are working under contract extensions.

Night shift workers at an aluminum castings factory in Bedford, Indiana, that makes transmission casings and other parts shut off their machines and headed for the exits, said Dave Green, a worker who transferred from the now-shuttered GM small-car factory in Lordstown, Ohio.

Green, a former local union president, said he agrees with the strike over wages, plant closures and other issues.

“If we don’t fight now, when are we going to fight?” he asked. “This is not about us. It’s about the future.”

UAW Vice President Terry Dittes, the union’s top GM negotiator, said a strike is the union’s last resort but is needed because both sides are far apart in negotiating a new four-year contract. The union, he said Saturday, does not take a strike lightly.

GM, however, said it offered pay raises and $7 billion worth of U.S. factory investments resulting in 5,400 new positions, a minority of which would be filled by existing employees. GM would not give a precise number. The company also said it offered higher profit sharing, “nationally leading” health benefits and an $8,000 payment to each worker upon ratification.

Because public statements from both sides conflict, it’s hard to tell how long the strike will last, said Kristin Dziczek, vice president of labor and industry at the Center for Automotive Research, an industry think tank. The length “depends on how far apart they really are and where the lines in the sand are drawn,” she said.

Talks were scheduled to resume at 10 a.m. EDT on Monday.

The union’s contract with GM expired Saturday night, but pacts with the company’s crosstown rivals, Ford and Fiat Chrysler, were extended indefinitely. The union has picked GM as its target company this year, and any deal it negotiates will be used as a template for the others. GM was picked because it’s the most profitable of the three, and because its plans to close four U.S. factories have angered union members.

On Sunday, about 200 plant-level leaders voted unanimously to strike against GM if no deal could be reached by Sunday night. Although talks were halted over the weekend, UAW spokesman Brian Rothenberg said there was still dialogue.

Before the talks broke off, GM offered to build a new all-electric pickup truck at a factory in Detroit that is slated to close next year, according to a person who spoke to The Associated Press on condition of anonymity. The person wasn’t authorized to disclose details of the negotiations.

The automaker also offered to open an electric vehicle battery plant in Lordstown, Ohio, where it has a huge factory that has already stopped making cars and will be closed. The new factory would be in addition to a proposal to make electric vehicles for a company called Workhorse, the person said.

It’s unclear how many workers the two plants would employ. The closures, especially of the Ohio plant, have become issues in the 2020 presidential campaign. President Donald Trump has consistently criticized the company and demanded that Lordstown be reopened.

A strike would bring to a halt GM’s U.S. vehicle and parts production, and would likely stop the company from making vehicles in Canada and Mexico as well. That would mean fewer vehicles for consumers to choose from on dealer lots, and it would make it impossible to build specially ordered cars and trucks.

Analysts at Cox Automotive said GM has enough vehicles on dealer lots to last about 77 days at the current sales pace. That’s well above the industry average of 61. But supplies of the Chevrolet Tahoe and Suburban large SUVs, which generate big money for the company, are well below the industry average.

The talks this year have been overshadowed by a growing federal corruption probe that snared a top union official on Thursday. Vance Pearson, head of a regional office based near St. Louis, was charged in an alleged scheme to embezzle union money and spend cash on premium booze, golf clubs, cigars and swanky stays in California. It’s the same region that UAW President Gary Jones led before taking the union’s top office last year. Jones himself has been touched by the investigation, leading some union members to call for him to step down, but he hasn’t been charged.

This year’s talks between the union and GM were tense from the start, largely because of GM’s plan to close four U.S. factories, including the one on the Detroit border with the enclave of Hamtramck, as well as Lordstown and factories in Warren, Michigan, and near Baltimore.

Here are the main areas of disagreement:

— The union also wants new products for the four factories slated to close. GM currently has too much U.S. factory capacity, especially to build slower-selling cars.

— The companies want to close the labor cost gap with workers at plants run by foreign automakers. GM pays $63 per hour in wages and benefits compared with $50 at the foreign-owned factories. GM’s gap is the largest at $13 per hour, according to figures from the Center for Automotive Research.

— Union members have great health insurance plans and workers pay about 4% of the cost. Employees at large firms nationwide pay about 34%, according to the Kaiser Family Foundation. Automakers would like to cut costs.

Progress Michigan sent out the following statement as a symbol of solidarity with the striking workers:

“Unions are the backbone of the automobile industry and helped build America’s middle class. While GM’s CEO Mary Barra is paid 281 times what the average GM employee makes, GM workers are not being paid a fair wage, aren’t receiving affordable health care, and are being laid off after promises of growth. We are proud to see them take action,” Lonnie Scott, executive director at Progress Michigan, said. “GM must recognize the basic needs of their employees. Progress Michigan stands firmly in solidarity with the UAW in their strike while negotiations continue with General Motors.”

President Ron Bieber of the Michigan AFL-CIO also released a statement of support for the UAW members striking at GM facilities.

State Rep. Sherry Gay-Dagnogo (D-Detroit) said in a press release that she stands in solidarity with union members and "admire the courage it takes to stand up and fight for the rights they deserve."

Sen. Bernie Sanders on Sunday released the following statement after UAW called for a national strike against GM:

"I am proud to support the UAW workers who are standing up to the greed of General Motors. General Motors is not a poor company. It is a company that received a $50 billion taxpayer bailout in 2008. It is a company which, over the last 4 years, spent $25 billion buying back its own stock and paying out dividends. It is a company that made over $4 billion in profits last year, paid nothing in federal income taxes and provided a huge compensation package for its CEO. Today, our message to General Motors is a simple one: End the greed, sit down with the UAW and work out an agreement that treats your workers with the respect and the dignity they deserve."

"Always proud to stand with UAW members fighting for good jobs and fair wages. I’m hopeful the UAW and GM can negotiate and ratify a contract quickly so Michigan’s autoworkers can get back on the job as soon as possible, as this is so important to our economy."

Auto industry reacts to being allowed to reopen soon

Auto industry reacts to being allowed to reopen soon