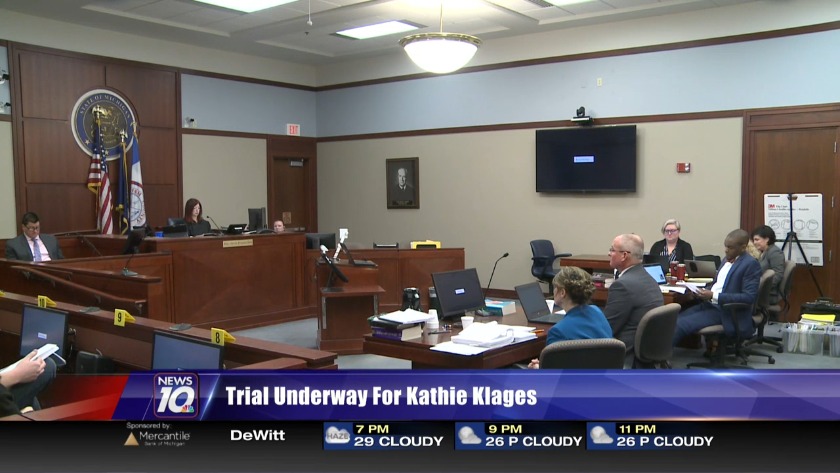 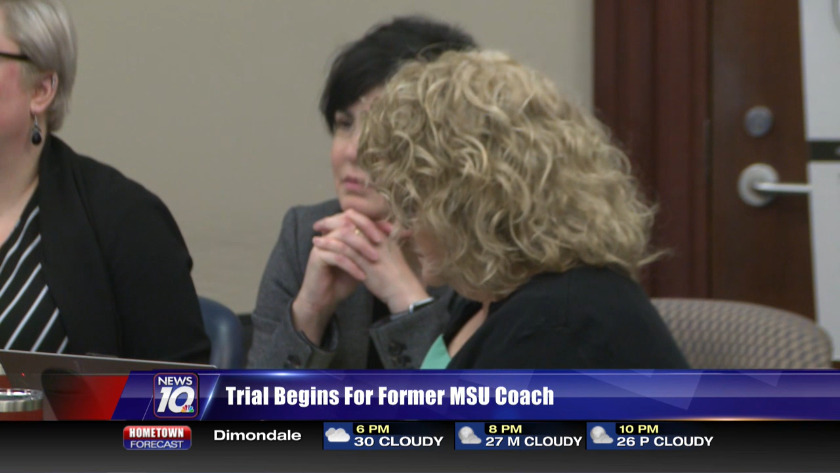 She's accused of lying to police during the Larry Nassar investigation.

Prosecutors said she lied about when she first learned Nassar was abusing his patients.

Tuesday was a day full of testimony as prosecutors brought up their witnesses, including two women who were sexually abused by Nassar as teenagers, who detailed their conversations with Klages back in 1997.

"I told Kathie Klages I had been sexually assaulted by Larry Nassar," said Larissa Boyce, a Nassar survivor.

She was a member of the Spartan Youth Gymnastics program, which Klages was in charge of.

Boyce testified Klages recommended she see Nassar for a back injury when she was 16.

"He was the doctor for the gymnastics, the gymnasts in the Olympics so we really respected him," Boyce said.

Boyce testified she told Klages, who was the head gymnastics coach at MSU, details about the abuse in 1997.

"I was brought into her office and reluctantly I said Larry, what he was doing to me, was making me uncomfortable," said Boyce.

She said Klages brushed it off.

"After I told her she said, 'I've known Larry for years and years. There's no way he would do anything inappropriate,'" said Boyce. "She raised a piece of paper and said I could file this. But there are going to be very serious consequences for you and Larry Nassar."

Another witness, who wished to remain anonymous, told the jury a similar story.

She testified she went on to work for Klages in the Spartan Youth Gymnastics program.

During her three years there, she told the jury she couldn't bring herself to walk into Klages office even to pick up her paychecks because it brought up painful memories.

But for Boyce, it ended her gymnastics career.

"I ended up hating gymnastics after that point. I felt everyone looked at me and thought I was a trouble maker," Boyce said.

Michigan Attorney General's Office Special Agent David Dwyre also took the stand Tuesday afternoon. He was in charge of following up on the Larry Nassar investigation. He told the jury he interviewed Klages just two years ago.

Dwyre testified that the Attorney General's Office was mainly focused on the Michigan State investigations as it pertained to Larry Nassar and his sexual misconduct. As part of that investigation, Dyre told the jury that everyone interviewed in the original investigation was interviewed again, including Klages.

"For the known Nassar victims, we wanted to ask them 'did you tell anyone, if you did, who did you tell.'" Dyre said.

He said when he talked to Klages in 2018, her story didn't match the story of two Nassar survivors. He told the jury if it did, the investigation could have gone in a different direction.

"I would've immediately began questioning 'who did you tell?' Recognizing Ms. Klages could potentially become a defendant, she has a duty to report," Dyre said.

Klages' attorney told the jury during opening statements that the charges are unwarranted because Klages has a target on her back.

"An attorney general who is under intense scrutiny teamed up to take down a high profile target," said Takura Nyamfukudza, Klages' defense attorney.

Klages' attorney also reminded the jury she is being asked to remember something that allegedly happened more than 20 years ago.

"This is a case about memory. Kathie Klages' memory. It doesn't matter what the government thinks she should've remembered," said Nyamfukudza.

Klages' trial is expected to wrap up Friday.

If convicted, she could face up to four years in prison.