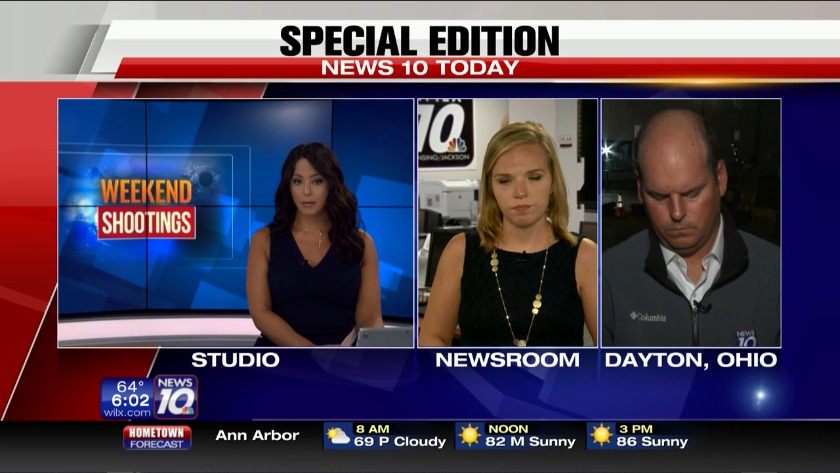 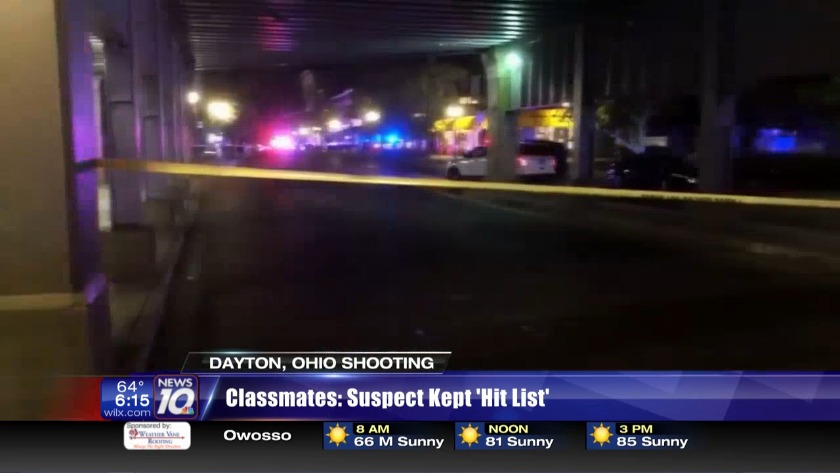 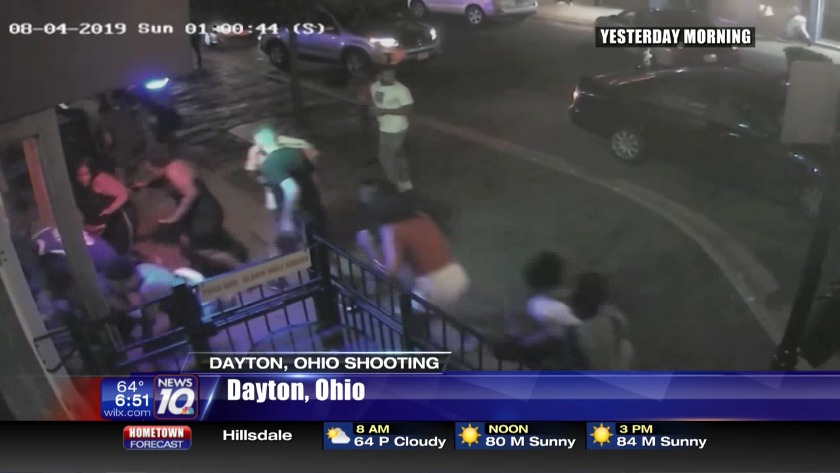 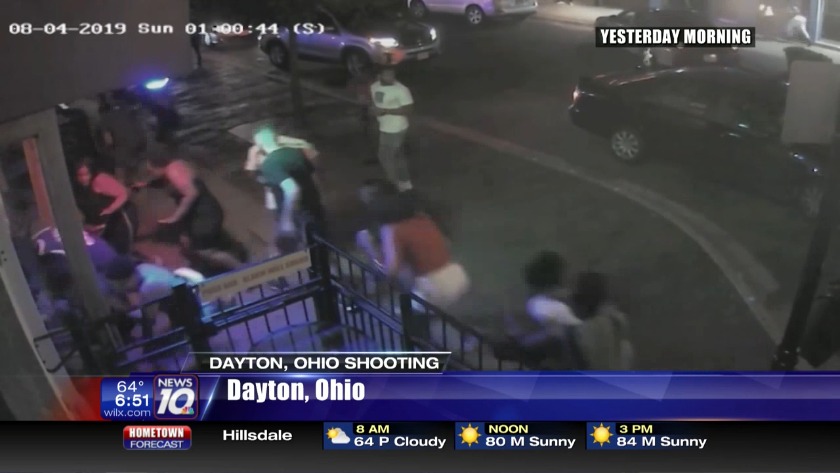 DAYTON, OH (WILX) The head of the FBI has ordered a nationwide search for mass shooting threats in the United States.

Director Chris Wray is asking field offices across the country to actively work to identify threats similar to the recent mass shootings.

Flags at the State Capitol are flying at half staff in honor of the victims in the shootings in Dayton, Ohio and El Paso, Texas.

Governor Whitmer says her heart is with the loved ones of the victims, their families, and first responders of Texas and Ohio.

News 10's Barrett Tryon was live from a memorial site on Monday in Dayton.

He said that the scene in the historic Oregon District in Dayton on Saturday night was filled with people having a good time.

That changed around 1 a.m. on Sunday morning when a masked gunman in body armor opened fire, killing nine people and injuring dozens of others.

The suspect was shot and killed by police just 30 seconds after the attack began.

The Oregon District is called an entertainment district with bars and housing.

Overnight, a vigil was held there with thousands of people turning out.

People began to chant, "Do something," when Ohio's Governor took the stage.

The people who call Dayton home do not want the shooting to define what their city is.

Resident Kayla Mosley said, "He took away so much from us already, we can't let him take away our Oregon District and our small businesses in the community that we've worked so hard to build here in Dayton."

Classmates of the man accused of killing 9 people and injuring dozens more are speaking out.

They say the 24-year-old gunman was suspended for having a hit list and a list of girls he wanted to sexually assault.

Their accounts came after police say there was nothing in the suspect's background preventing him from buying the weapon used in the attack.

Classmates said the lists were found in a school bathroom.

"The list that he made... my freshman year. I saw him get pulled off the bus after school one day. And apparently he had made a kill list, and I happened to be on it. I don't know why," said Spencer Brickler, a classmate of the shooter. " I think it was behind us. And I look up, and there's two police officers standing on the bus asking him to get off the bus and go with them. I was confused."

The Superintendent of that school confirmed the suspected gunman was a student there but wouldn't say more than that.

Investigators are saying that it's too soon to say what was the reason behind the gunman's rampage.

They are saying that he shot so many people quickly that they don't believe he was targeting anyone.

The shooting lasted about 30 seconds before the gunman was shot and killed by police in front of a bar where dozens of people ran in for cover.

One of the victim's family members said that people were just trying to have a good time, and now they will never return home.

Damon Davenport, a cousin of a victim said, "They have children. Hardworking people. All they was doing was enjoying a night on the town, and they're dead. Never to come home again, never to see their family again. They can just walk into a gun store and buy high-powered equipment and walk right out and kill people in broad daylight, broad night time, you know what I'm saying? This has got to stop."

In response to the mass shooting, a tragedy fund has been set up by the City of Dayton.

The money is going directly to the families affected by the attack.

Here is a link
to that fund.

4th of July tragedy brings two families together with one heart

4th of July tragedy brings two families together with one heart