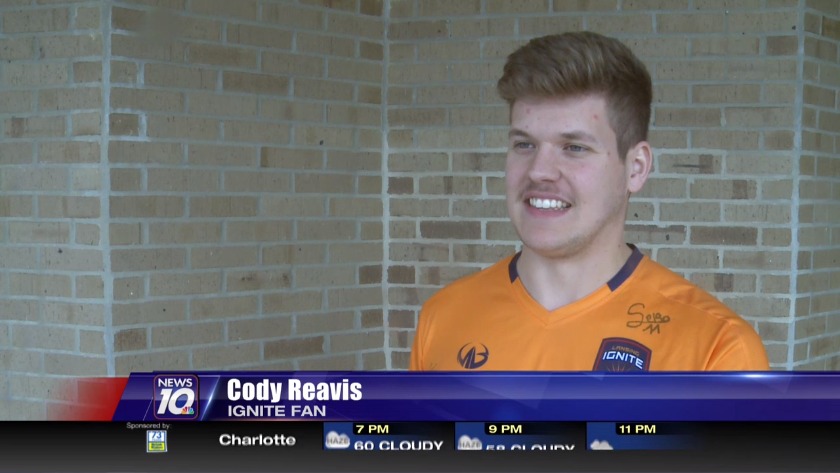 LANSING, MI (WILX) -- A follow up to a story News 10 first broke Monday night regarding the end of Ignite Soccer.

Lansing's Soccer Team is folding after its first season in the United Soccer League. This comes despite the team finishing near the top of the league, both in standings and ticket sales.

They say that hindsight is always 2020 and that couldn't be more true here in this situation.

Both Ignite fans and members from Lansing's City Council are saying something different could have been done.

"Just blindsided really. The team did so well this season and we were all expecting a great run next season," Cody Reavis, an Ignite fan, said.

But a second-place finish is not enough to draw the city to Cooley Law School Stadium and not enough to keep their light shining.

"You feel for the players that did all this work this season and aren't able to come back next season. It sucks," Reavis said.

Just like any new venture, the money was the deciding factor. The Ignite needed an average of 4,000 fans at each home game to be sustainable, but on average just over 2,300 showed up.

"I was a little concerned about the 4,000 average...I looked at some of the Major League Soccer attendances...some of those hit about 4,000," Brian Jackson, of the Lansing City Council, said.

If teams in the biggest soccer leagues in the country can barely get 4,000 fans, it seems like a stretch to expect the Ignite to be able to do the same. The changing of the fields is another large factor that is costing over $12,000 each time.

This begs the question of whether it would have been more reasonable to play at a field that didn't need to be changed.

"There's a few other soccer-specific stadiums such as MSU's, I know a few other teams in the league currently play at college stadiums, Reavis said.

Despite the downfalls, both Reavis and Jackson think Lansing is fit to have a soccer team.

"A lot of people play, soccer families, but unfortunately people didn't come out like they hoped," Jackson said.

And that there should have been more time to let the Ignite shine.

"I think we're looking more at year two, year three success. It's hard to expect that from a professional sports team that's brand new to an area," Reavis said.

For fans, the folding of the team leaves a bad taste not just for the Ignite Soccer Team, but also the sport in this market.

"Honestly, I'm disappointed in [Tom] Dickson. I don't think he gave the sport a real chance to grow. Scrapping it after a year was the wrong decision. He just took a promising thing and let it go without giving it a real shot," Reavis said.

"We are incredibly appreciative of the support shown for our club this season, however, no further updates on the club will be available until the conclusion of the 2019 League One season. We wish both North Texas SC and Greenville Triumph best of luck in this weekend’s Final."