UPDATE: Cars not picked up by owners at Maaco were towed 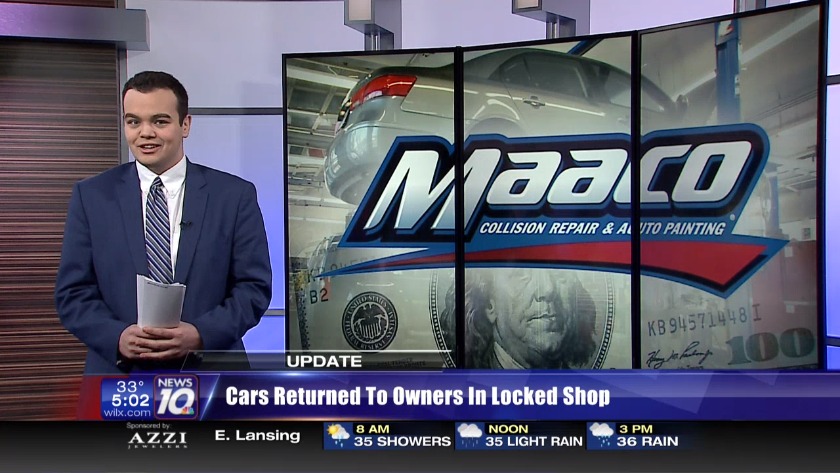 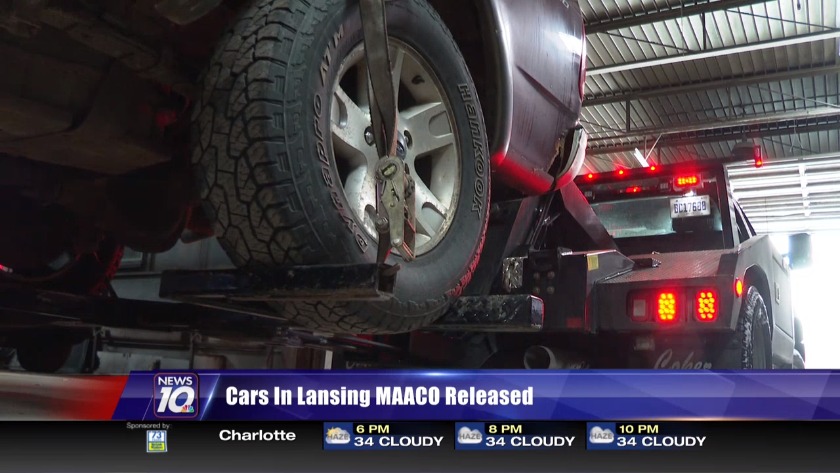 LANSING, MI (WILX) -- On Friday, the Ingham County Deputy Chief George Lammers told News 10 that out of 44 cars found in the building on Thursday, 26 were picked up by owners.

You know the ad - "If you need collision or surface paint repair, then uh oh, better get Maaco!" But "uh oh," nobody can get their car out of this Maaco. (Source WILX)

The remaining cars were towed to Swift Towing in Holt, located at 3939 Holt Road.

Chief Lammers says that owners who didn’t pick up their cars at Maaco and want them back, will have to pay to get them out of Swift Towing’s lot on Cedar Street.

They’ll need to present valid titles for the vehicles to get them back.

Lammers said one man had a car locked up inside the Maaco since 2013.

As far as the owner, Lammers said he still hasn’t heard from the Maaco’s now former owner, Doug Parks.

Larson Realty owns the building, which has now been cleared out.
Lammers said he doesn’t know who will be responsible for covering costs involved with vehicles stored at Maaco that weren’t fixed.

A judge granted an eviction order allowing the Ingham County Sheriff's Office to open up the shop.

Corey Potter was one of those people who was able to get his truck back. When News 10 last spoke to him and his wife Latasha, they were just hoping they'd hear back from Parks and eventually see their truck again.

"I went to his house to check on things and I didn't get an answer. No one answered," Potter said.

There was no sign of Parks on Thursday either, but the truck, a surprise birthday present that he never got to give his son, is out.

"I'm relieved that the vehicle is there, but still upset because I have to pay for a new key because they can't find my key. I'm just glad that I know it's there," Potter said.

Potter said that the car looked like it hadn't been touched since he and his wife dropped it off in November.

"I brought my car here last year at the end of August. My deposit was $1,000," Alfred Nineza said. On Nineza's car, it looked like Parks did some work. But even though his car was still not completely fixed, he's happy to have it back.

For Potter though, this is a nightmare that is finally over with and a birthday surprise on the horizon for his son.

"No, he doesn't know yet. We're going to send it somewhere else and get it painted," he said,

Second county considering being Second Amendment Sanctuary
Related Stories
Comments are posted from viewers like you and do not always reflect the views of this station. powered by Disqus