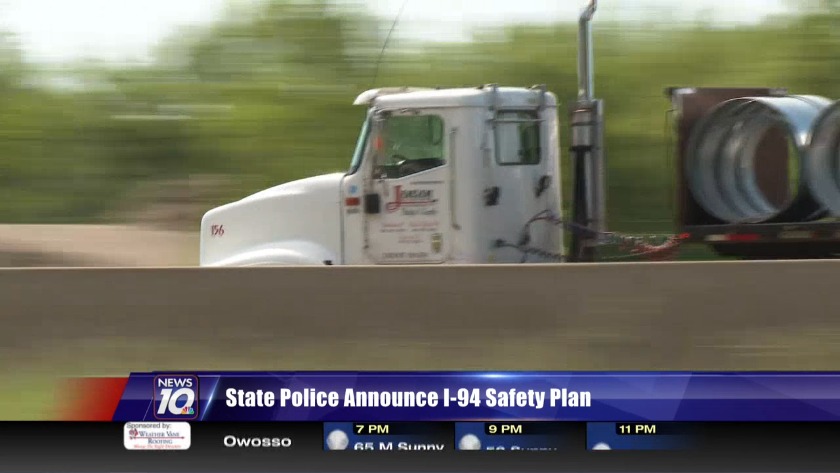 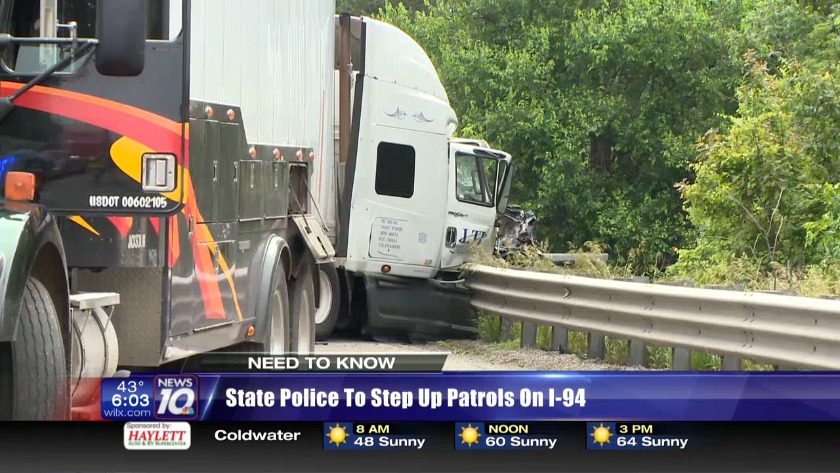 MSP cracking down with ticket initiative

LANSING, MI. (WILX) -- The Michigan Safety Truck Commission said that over the past five years there has been a spike in crashes between commercial truck drivers and passenger vehicles.

Crashes involving commercial trucks and passenger vehicles have increased 27 percent over the past five years.

As a way to reduce these crashes, Michigan State Police will be enforcing a new campaign called, Ticketing Aggressive Cars and Trucks or TACT.

The campaign will focus on aggressive driving by passenger vehicle and commercial drivers along I-94 between Jackson and Taylor, a busy corridor.

Between 2014 and 2018, 86 people were either killed or seriously injured while traveling along I-94 in Jackson, Washtenaw, and Wayne counties.

Crashes involving commercial motor vehicles have increased by 15% in the past 5 years, as well.

Drivers will be ticketed if they're caught speeding, tailgating other drivers, driving distracted, or using a lane improperly like not using a blinker or cutting off another driver.

"If drivers improve their cooperative behavior with other vehicles on the road, we can reduce that. If we can reduce truck crashes, we can produce a huge saving in lives," said Dr. Daniel Blower, Chair of the Michigan Truck Safety Commission.

Blower also found through his research that passenger cars are more likely to cause crashes with trucks, and one reason is that light vehicle drivers don't know or aren't aware of the limitations in handling and vehicle dynamics of commercial vehicles.

To increase awareness and compliance, there will also be advertising on billboards along I-94, on social media, and southeast radio stations throughout the month.

A similar program was conducted in West Michigan in 2013 and has occurred in several other states.

The enforcement will be happening from Monday through Friday between 6 a.m. and 10 p.m.