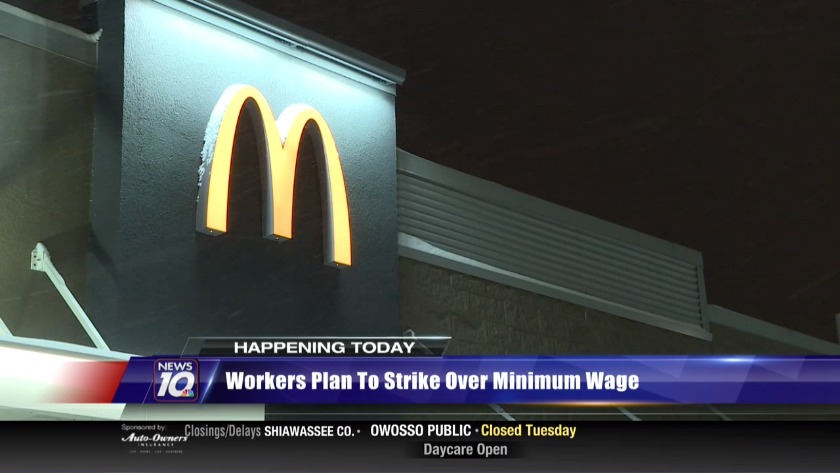 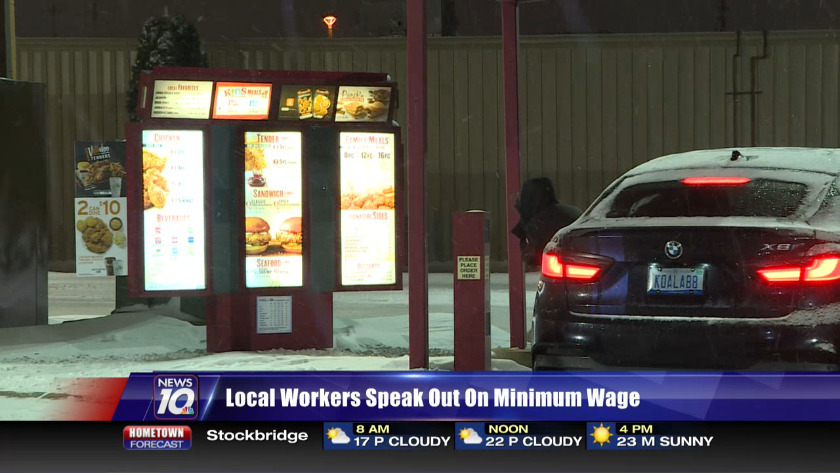 LANSING, MI (WILX) -- Some local fast food workers are sounding off on the "Fight for $15."

The movement is calling for a federal minimum wage and it comes ahead of a statewide strike Tuesday in Detroit.

Would you be willing to pay extra money for your favorite fast food craving so that workers can make a better living?

"You'll still have some of your loyal customers but you might lose some. So it really depends on who loves the Big Mac and I'm not one of those people," Xaiver Embry, a McDonald's customer, said.

Analysts estimate a 4.3% increase in fast food prices to raise wages to $15 per hour for workers. The Fight for $15 is now expanding as workers demand union rights to negotiate higher pay and protection from sexual harassment and violence on the job.

Sources say McDonald's is the second largest private company in the world and advocates believe if they can get McDonald's on board then other fast food restaurants will follow.

"If it was a union that would be a good thing. I feel like workers would stay," Kevin Parker, Popeyes' employee, said.

Hundreds of McDonald's employees from across the state will take their message to the street Tuesday in Detroit to strike on behalf of all fast food and minimum wage workers.

"And with the sandwiches being out in high demand, over time, they needing us and so much work to do, you know what I mean, so I feel like we should definitely get a raise," Parker said.

"It goes by your service. It goes by what you're bringing to the table and making sure that your team is up to par to make, to get that $15," Embry said.

Workers are expected to make a major announcement on sexual harassment ahead of the strike Tuesday.

It comes a week after McDonald's fired its CEO having an inappropriate relationship with an employee.

Many embrace the cold for LBC's Winter Warrior Patio Party

Teen claims he was assaulted by ELPD

Many embrace the cold for LBC's Winter Warrior Patio Party

Teen claims he was assaulted by ELPD