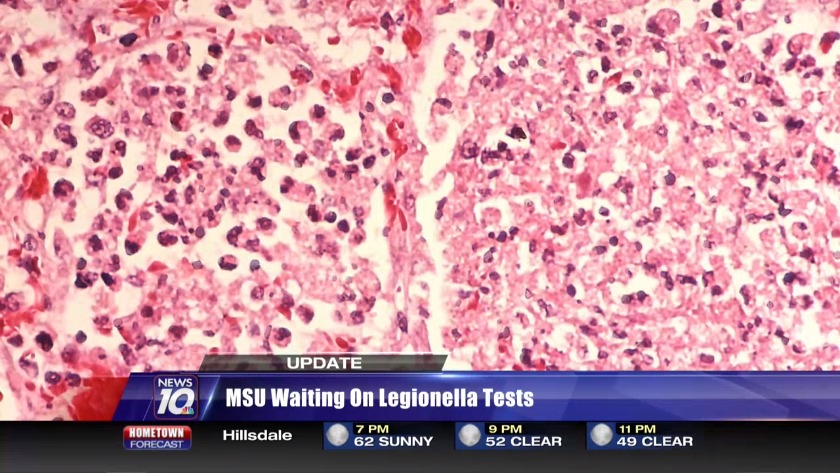 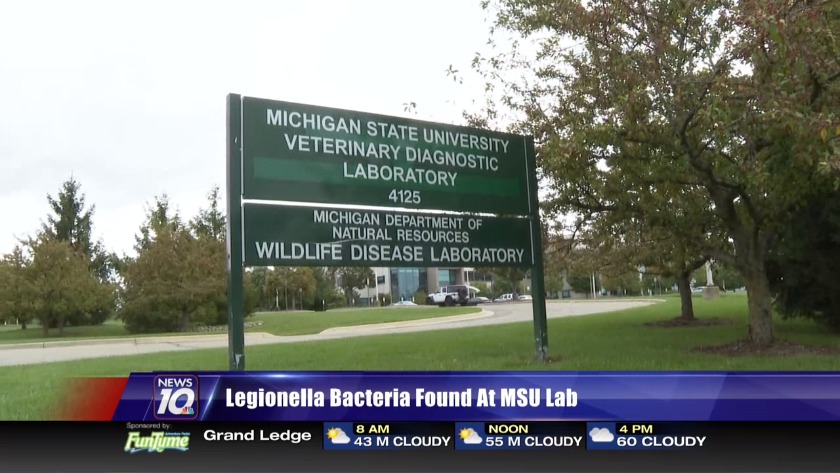 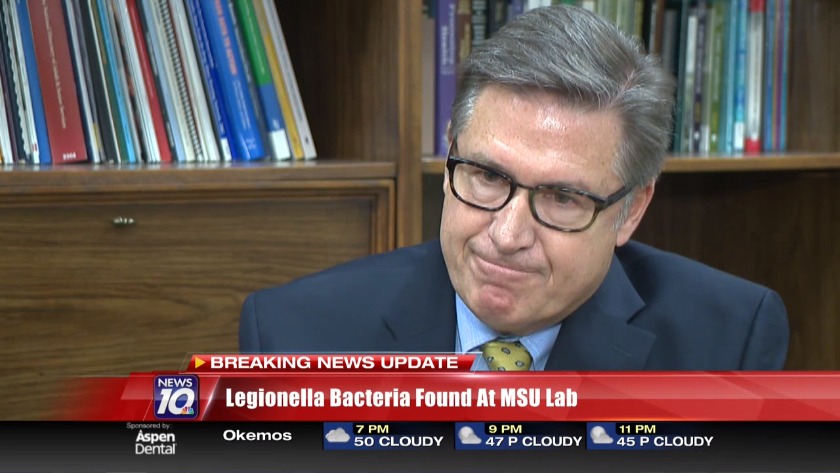 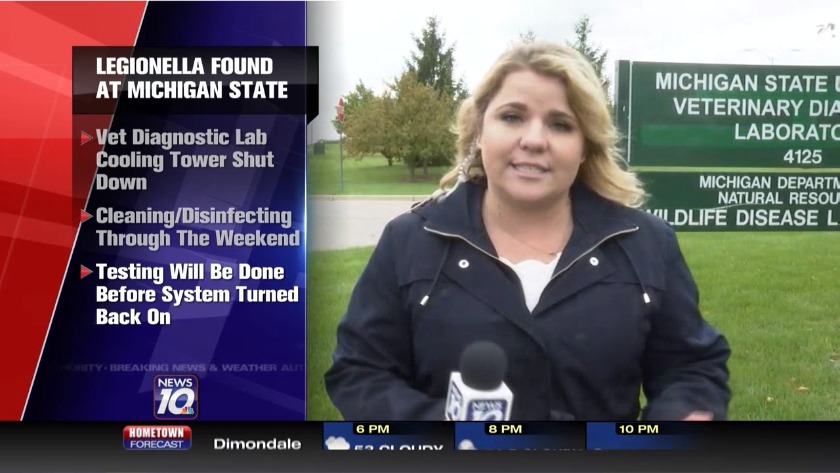 EAST LANSING, MI. (WILX) -- Michigan State University is waiting on test results to confirm that the bacteria that causes Legionnaire's disease has been eliminated.

MSU officials confirmed levels of Legionella bacteria were detected Thursday in a cooling tower at the university’s Veterinary Diagnostic Laboratory.

Fred Woodhams, a spokesperson for MSU, said Monday that the tower is expected to be back online soon.

"They use a standard biocide to kill the bacteria to make sure that it's been remediated and removed from the cooling tower," Woodhams said. "We do quarterly tests on buildings throughout the campus that have cooling towers that run continuously. We have not found in recent memory another situation like this."

Woodhams said that there's no impact on the environment and there are no reports of anyone being infected.

“During routine testing, MSU staff detected a higher than acceptable level of Legionella (bacteria) in one cooling tower at the Veterinary Diagnostic Laboratory on Beaumont Road,” Guerrant said.

“Safety protocols were immediately enacted including shutting down the heating and cooling system connected with the tower.”

Guerrant said disinfection of the cooling tower and related equipment at the laboratory is underway and will continue through the weekend.
“All impacted areas will be tested again before the system is turned back on,” Guerrant said.

The lab is located at 4125 Beaumont Road and is described on the MSU College of Veterinary Medicine’s website as “a premier, full-service, fully accredited veterinary diagnostic laboratory for all species.”

Legionnaires’ disease is considered a severe type of pneumonia or lung infection, according to the Centers for Disease Control and Prevention’s website.

That’s not considered unusual because the university doesn’t have to report it, said Bob Wheaton, a state Department of Health and Human Services spokesman.

“It’s a good thing they are doing testing and remediation,” Wheaton said of MSU officials. “But they don’t have to report to us unless they have any human cases of Legionnaires’ disease.”

Guerrant said Thursday marked the first detection of Legionella bacteria at the laboratory since it was built. She added MSU conducts routine tests on all cooling towers to prevent “any possible harmful exposure to the community and environment.”

Legionella bacteria can be found naturally in freshwater environments and can become a health concern when it spreads in building water systems, the CDC’s website said.

Each year, an estimated 56,000 to 113,000 people are infected with Legionella bacteria in the U.S., according to legionella.org .

Symptoms of the treatable Legionnaires’ disease include cough, shortness of breath, fever, muscle aches and headaches.

Antibiotics are a common form of treatment.

The CDC’s website indicates that 1 out of every 10 people who get sick with the disease will die due to complications from the illness.

The CDC’s website also indicates 1 in 4 people die if they get the disease during a stay in a healthcare facility.

Cases of Legionnaires' disease spiked in Flint during the water crisis in 2014 and 2015 and 91 cases and 12-deaths were reported.

It is one of the largest Legionnaires' outbreaks in American history.

Legionellosis is a respiratory infection cased by Legionella bacteria.

Legionnaires' disease is described as a severe form of pneumonia, lung inflammation usually caused by infection.

Most people catch Legionnaires' disease by inhaling the bacteria from water or soil.

This summer, the Michigan Department of Health and Human Services (MDHHS) was working with local health departments across the state to investigate cases of legionellosis.

So far in 2019, there have been 140 confirmed cases of legionellosis reported in 38 counties compared to 135 cases during the same time frame in 2018.

Confirmed cases include 19 in Oakland County, 16 in Wayne County, 13 in Macomb County, 11 in legionellosisy and 10 cases each in the City of Detroit.

This increase correlates with national increases in legionellosos, which is most common in the summer and early fall when warming, stagnant waters create the best environment for bacterial growth in water systems.

“We want everyone to be aware of Legionnaire’s disease, especially if they may be at higher risk for illness,” said Dr. Joneigh Khaldun, MDHHS chief medical executive and chief deputy director for health. “We also want all healthcare providers to remain vigilant and test and treat appropriately.”

More information on legionella and the Legionnaires' disease can be found here.

Risk factors of exposure include:
• Recent travel with an overnight stay.
• Recent stay in a healthcare facility.
• Exposure to hot tubs.
• Exposure to settings where the plumbing has had recent repairs or maintenance work.

Individuals at higher risk of getting infected are:
• People over age 50.
• Current or former smokers.
• People with chronic lung disease.
• People with weakened immune systems from diseases, such as cancer, diabetes or liver or kidney failure.
• People who take immunosuppressant drugs.