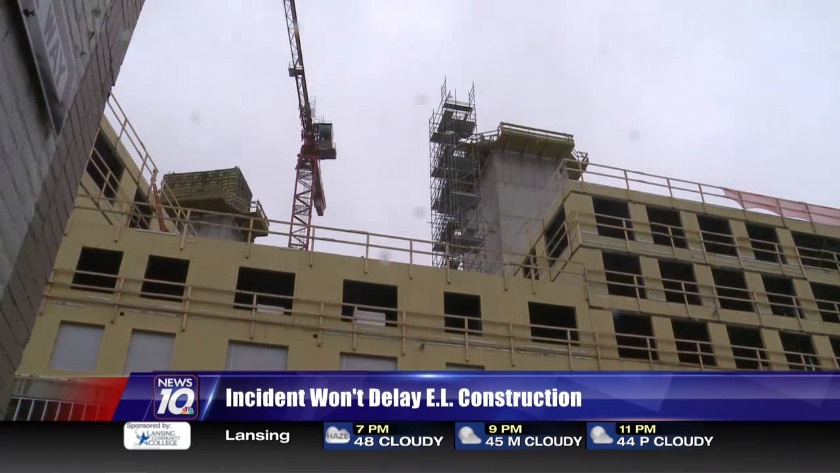 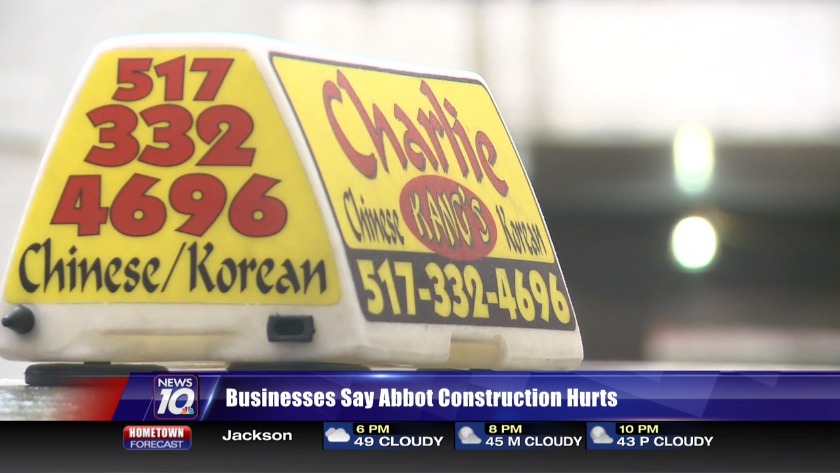 EAST LANSING, MI (WILX) -- The construction mishap from Tuesday has caused a bit of a delay on the streets of East Lansing, but officials say the incident will not cause any long-term delays on the project.

Mikell Frey, City of East Lansing spokesperson said in a release, "this afternoon, a concrete form didn't set properly at the Park District project site, located at the northwest corner of the Abbot-Grand River intersection. (And) in the interest of public safety, all roads and sidewalks have been closed around the project site." (Source WILX)

Even though the work at the Abbot Apartments hasn't entirely slowed down, those involved say they can't be too careful moving forward.

They are taking extra precautions to make sure this project can still be completed on time.

"Obviously the first thing is public safety, ensuring the public's safety from any potential impacts from a situation like this is key," said Tom Fehrenbach, director of planning, building and development.

East Lansing city officials are thankful no one was hurt Tuesday. The Abbot's project manager said they're doing what they can to make sure they can work on the elevator shaft again.

"We are having our tower crane re-inspected this afternoon, once that gets a clean bill of health, that will come back into operation," said Brian Evans, senior project manager of Walsh Construction.

As for the building's core, it has to stay on-site until it can be inspected.

After the inspection, Evans said that piece of core form work will be rebuilt entirely out of new form work.

Evans said his team was working quickly to get the apartments up.

"Our intent was to get the core forms up ahead of schedule to try and free up area and have a little less congestion on site," Evans said.

"I think they've taken advantage of some good weather, we don't understand what exactly the cause of the situation was, obviously we're very interested in determining that," Fehrenbach said.

City officials and Walsh Construction are confident that East Lansing drivers and pedestrians won't have anything to worry about.

"This is probably an isolated occurrence, but certainly the city's role to inspect as the project goes on ensures that the project is being constructed in accordance with our code," Fehrenbach said.

Tuesday's incident did cause concerns for local businesses.

Charlie Kang's was one of the restaurants in East Lansing that was impacted by the incident. Deliveries at the restaurant slowed down quite a bit because there was no way to get to and from the restaurant.

"All of this construction has been pretty inconvenient," said Christopher Wiley, a delivery driver at Charlie Kang's. "The construction was already blocked off, they wouldn't let me out that way at all. The Target truck had to pull in there, so they had to block the alley from this way, and it was impossible for me to get out either way. I was stuck here for about an hour while the truck unloaded. It really hindered what I was trying to do."

As of right now, the Abbot is on schedule to lease out apartments by the fall of 2020.