Going into the darkness that is Jackson's Underworld 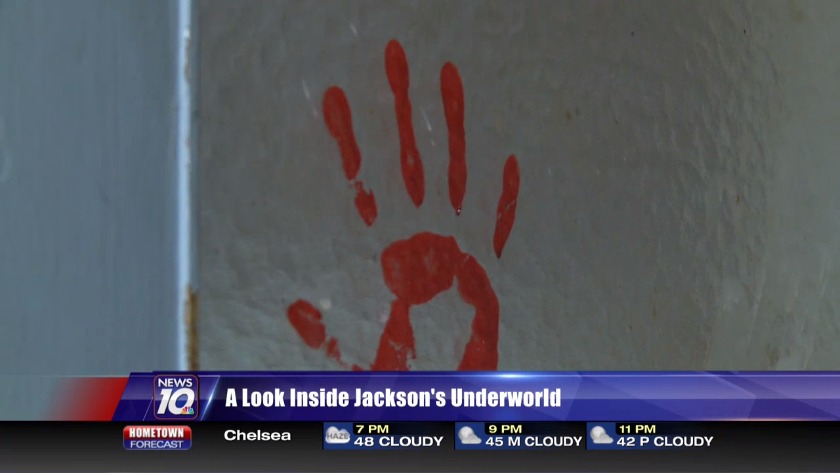 A look inside Jackson's Underworld 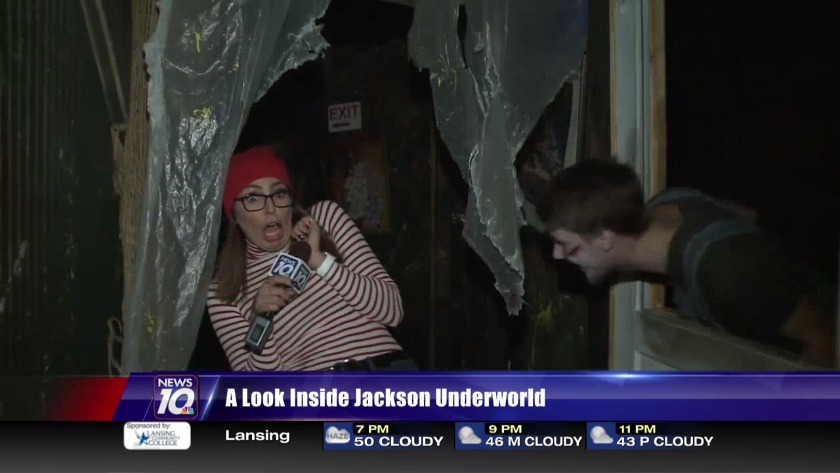 A look inside Jackson's Underworld

JACKSON, MI. (WILX) -- It's haunted house season which means you can finally enjoy the thrills and chills they have to offer.

Dr. Dom is described as a scary doctor who runs around scaring people at Jackson's Underworld. (Source WILX)

News 10's Megan Hiler visited Jackson's Underworld on Thursday and talked to the creator behind the gore.

"This is our 10 year anniversary," said owner, Lance Cuffle. "Ten years of fear."

There is no shortage of scares at Jackson's Underworld, and that's just how Cuffle likes it.

Just because they are well established, doesn't mean its more of the same.

"We change everything up, we have a lot more people making it a lot more intense. We changed greeters, we changed walkways..." Cuffle explained.

Thousands come through the four-story haunted house every year to experience the creepy creatures, special effects, and rooms designed with common phobias in mind.

"The neat part about it is, we specialize in different fears and phobias so everyone has something they like more than the other," Cuffle said.

"Just the reactions of being around all the people who are terrified and having fun, how many people have a job where they are around people who are happy all the time?"

Hiler didn't stop there...she also talked to one of the monsters itself, specifically, Dr. Dom.

His character is described as a scary doctor who runs around scaring people.

He told us he's been doing this for years, "It feels like forever."

He said one of the funnier moments is when guys throw their girlfriend in front of them to prevent being scared.

Dr. Dom said a lot goes into making himself a frightening doctor.

"A lot of preparation," he said. "A lot of makeup and a lot of time and dedication."

If adults or children want to come, but don't necessarily want to be scared as much, they can carry "monster repellent glow sticks" so actors will take it easy on them.

Jackson's Underworld is open Thursdays through Sundays until November 2. The hours are 7 p.m. to 11:00 p.m or 1:00 a.m. or "until the last ticket holder goes through the haunt."