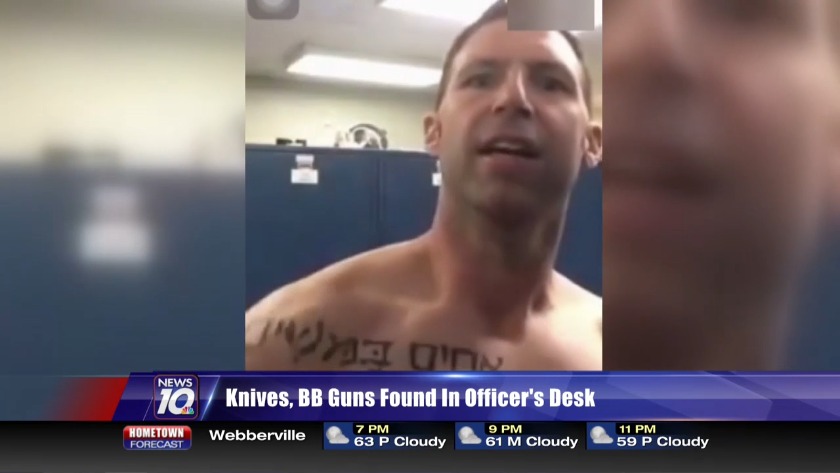 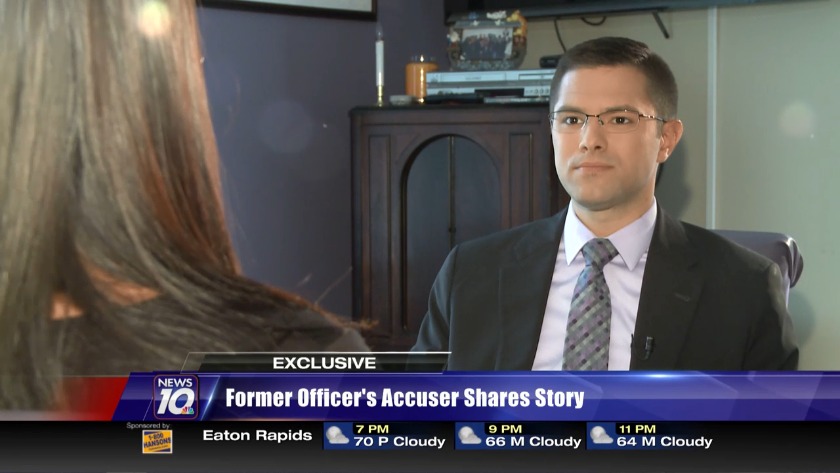 Thirty-four-year-old Matthew Priebe resigned from the Lansing Police Department on June 22 amid the criminal investigation performed by Michigan State Police.

Priebe served as a school resource officer at Eastern High School since 2015.

According to documents obtained by News 10 through the Freedom of Information Act, Priebe ‘may have committed a crime that involved sex of some type with juveniles.’

Lansing School District officials were made aware of the allegations on May 31. The district immediately contacted Lansing Police who removed Priebe from school grounds and suspended him with pay.

Priebe was ordered to turn over his badge, identification, keys and firearm. He also was ordered not to contact Lansing School District or two females involved in the initial complaint.

A young woman, who wishes not to be identified, is speaking out about her alleged experience with Priebe.

The alleged victim met Priebe in 2015 and was introduced by school security guards.

“I was just happy that I got to meet somebody in the profession that I wanted to go into,” the alleged victim said to News 10’s Clayton Cummins.

She says Priebe began taking an interest in her and communicated more frequently, taking it as far as researching her parent’s citizenship utilizing police resources at Eastern High School.

“I saw some of my dad’s record but I took a quick glimpse because I was scared to see,” the alleged victim says. “I don’t know if it showed immigration status; I just didn't want to see that.”

The alleged victim says Priebe continued contact while away on business, saying his hotel room and bathtub were big enough for two people, even saying he’d provide alcohol.

Contact allegedly continued inside his office at Eastern High School.

“He would touch my butt or he would come on towards me and rub my thighs,” said the alleged victim claims. “He would kiss me or try to hold me down to kiss me for me to stay still.”

Perhaps the most shocking encounter she says happened during a ride along when Priebe allegedly parked his patrol on the Lansing River Trail underneath the Kalamazoo Street Bridge.

“He reached to try and grab my hand and he tried putting his hand in his area and I could see that he was getting aroused,” the alleged victim says. “I just pulled my hand away and he said, ‘you don't have to be shy,’ then he tried reaching in to kiss me and I just remember pushing up against the door because I couldn't go anywhere, I couldn’t move.”

The coming months were spent trying to avoid the officer and his growing pressure she says to have sex without a condom. She says Priebe talked about how he had a vasectomy, so she couldn't get pregnant.

“He emailed me and told me that he was working on his basement and his wife isn't home if I wanted to come over and babysit his children,” said the alleged victim. “When he told me that, then he sent me a picture of him lying on the couch with his penis out.”

She said her grades and attendance took a toll as she struggled for a grasp on reality.

“At the time, I went numb because I didn't know what to do,” she said. “I felt like something I just had to deal with.”

The alleged victim believes there are others who experienced the same thing she did during their time at Eastern High School. She encourages them to speak up.

“If I could talk to them right now, I would tell them to please say something,” she says. “They don't have to hide anymore; that they can come out and say something.”

The alleged victim says she is no longer interested in becoming a police officer, mostly because of her alleged experience with Priebe.

News 10 reached out for comment from the Lansing School District, which has not responded.

Priebe declined to comment on the investigation Wednesday and asked News 10's Clayton Cummins to leave the property.

Lansing Police Chief Mike Yankowski told News 10 that when he learned of the allegations, he immediately removed Priebe from the school. Priebe also was suspended with pay while the investigation was conducted.

Yankowski says he cannot comment specifically on the investigation because the Michigan State police agency is handling it.

MSP's investigation has been turned over to Ingham County Prosecutor Carol Siemon who disqualified herself from the case and requested the appointment of a special prosecutor. The Livingston County Prosecutor will now determine if any charges will be filed.

That decision could be made at any time.