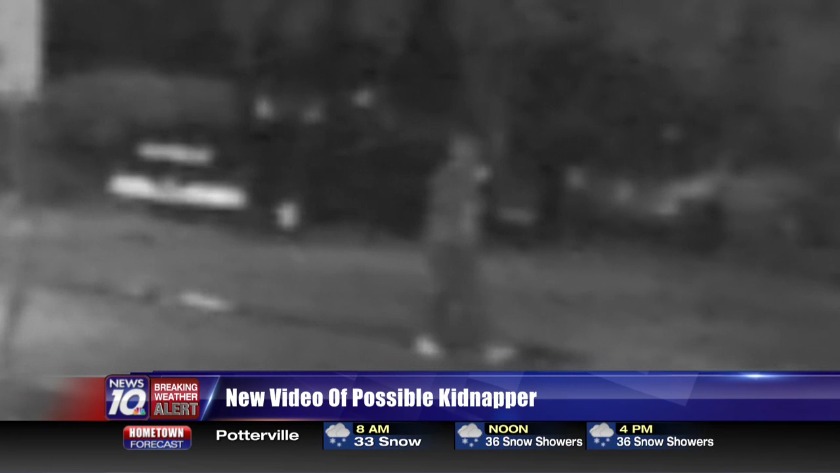 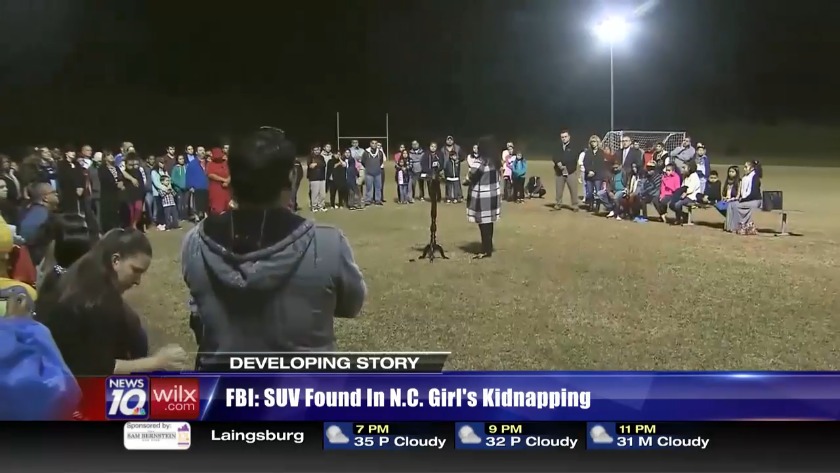 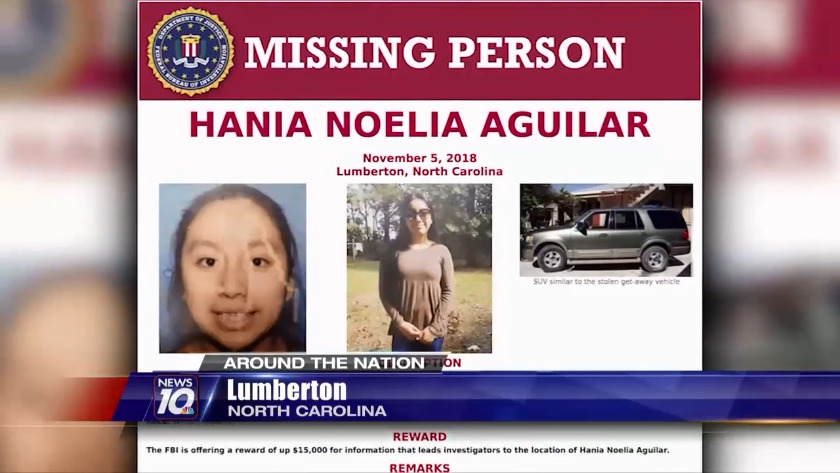 Search for teen abducted outside home

LUMBERTON, N.C. (AP) — Investigators have found the green SUV stolen during the kidnapping of a 13-year-old North Carolina girl.

There's new surveillance footage of a man police are looking for in connection with the girl.

Investigators think the man might have information about Hania Aguilar.

The FBI is offering a $15,000 reward in the case of a 13-year-old girl kidnapped from a North Carolina mobile home park.

Family members say the eighth-grader went outside Monday morning to start a relative’s SUV to prepare to leave for the bus stop.

Police say a man then forced her into a green Ford Expedition with the South Carolina license plate NWS 984 and drove off.

FBI Supervisor Andy de la Rocha read a statement from Hania’s mother saying she doesn’t “have anything against whoever did this to” her daughter and just wants her back.

COVID-19 Tracker: Check out the latest coronavirus test results around the country

COVID-19 Tracker: Check out the latest coronavirus test results around the country