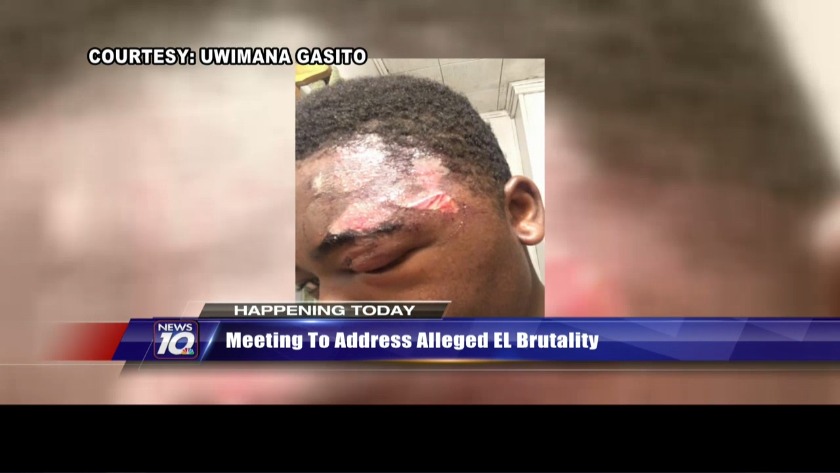 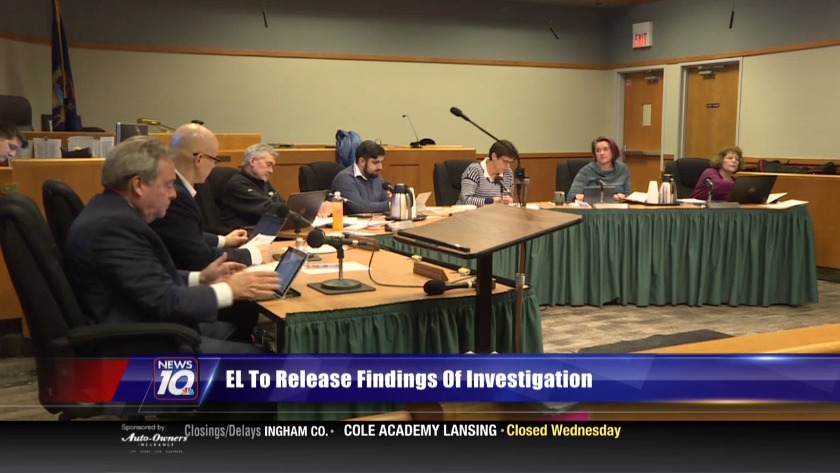 Teen claims he was assaulted by ELPD from last weekend. (Source: Uwimana Gasito)

The meeting is being held to provide a public review of the East Lansing Police Department's(ELPD) findings regarding the internal investigation into an allegation of "excessive force," according to a statement from the city council.

On Feb. 9, Uwimana Gasito posted pictures on Facebook showing injuries he claims he received from an officer scraping his face against the ground. He was trying to record a video of his brother being arrested when the assault allegedly occurred.

"They came and put handcuffs on me. At first, I was scared because I didn't know why they arrested me so I was resisting a little bit and then all of a sudden they drop me to the ground," said Gasito.

Gasito said he and his brother were just going to 7/11 to pick up a drink when a guy accused him of touching his girlfriend and a fight broke out. In a matter of minutes, the East Lansing Police showed up.

Gasito told News 10 that he and his brother were unlawfully arrested and just wants justice.

ELPD released a statement to News 10 when the investigation was launched, saying in part, "ELPD takes allegations of this nature very seriously and is actively investigating the incident, including gathering statements from all involved and reviewing video footage. ELPD leadership expects professionalism from its sworn officers and the safety of the people within the community is our top priority. If it is discovered that something inappropriate occurred, appropriate action will be taken."

East Lansing Mayor Ruth Beier told News 10 she has seen the body cam footage first-hand and encourages the public to understand the whole situation before making any accusations.

"What happened here is there was a Facebook post of an injured young man and there has not been a claim or...the person that was injured didn't come forward and say something terrible happened. He just posted on Facebook but the police -- when that happens-- they immediately start looking at it and say 'oh we have to see what happened here' -- so they did. They did an internal investigation and that will all be revealed on Thursday," Mayor Beier said.

After the meeting, the council said a press packet will be given that will include the video footage.

The meeting is set to begin at 6 p.m. in Courtroom 2 of the East Lansing 54B District Court.