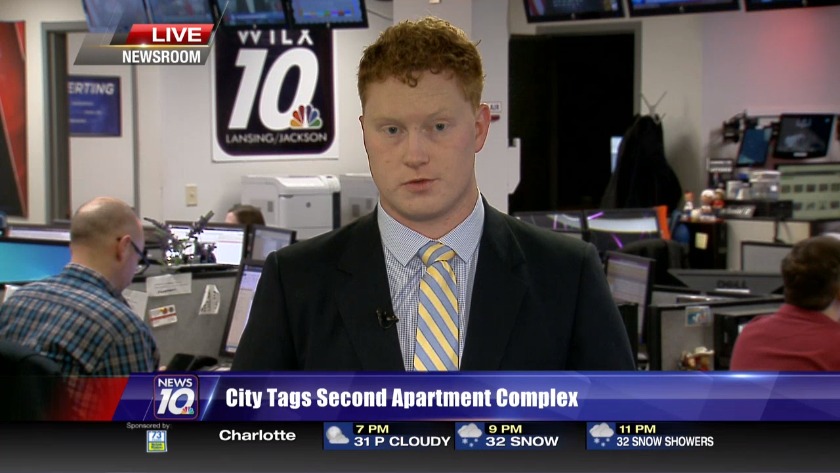 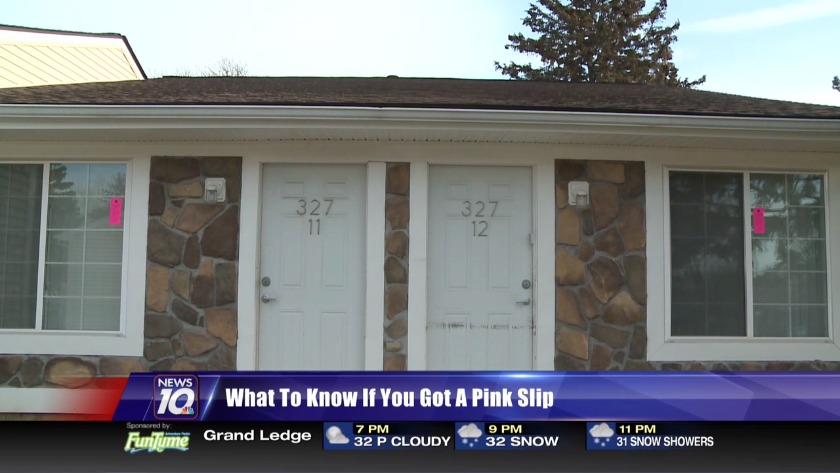 What to know if you got a pink slip

LANSING, MI (WILX) -- Tenants at a second apartment complex in Lansing are finding stickers on their doors and windows telling them they will have to move out by the end of the month.

Tenants at Capitol Village in Lansing are finding stickers on their doors and windows telling them they will have to move out by the end of the month. (Source: WILX)

The notices are being put up because the city of Lansing said Capitol Village is non-compliant and hasn't been for almost six months. The city said it wants tenants to know, however, that they won't be forced to move out.

"We don't get to a pink-tag situation until we don't think it's going to happen and we need to exercise an option that we have," Lansing Mayor Andy Schor said.

The city of Lansing said they've worked with both complexes for months now to get issues fixed.

"We've been working with these complexes now since as early as May, and they've still not complied with any of the outstanding issues that we've asked them to correct," said Scott Sanford, of Lansing's Code Enforcement Division.

Sanford said the last thing the city wants to do is displace people and their primary goal is to keep tenants safe.

"All of these are life-safety issues that need to be addressed and that's what we're trying to enforce," Sanford said.

Residents in Capitol Village said they were worried about the notices.

"I was nervous, man. I didn't know where I was going to go. Thirty days is not that long to look for a place, considering everyone's full," Michael Winslow, a resident, said.

Just like at Autumn Ridge, Winslow said he is not surprised to see the same thing happening at Capitol Village.

"They've been having problems with them for a while. The heating, garbage disposal. Little minor things, but it all adds up in the end," Winslow said.

He said after five years at Capitol Village it's time to move on no matter what happens.

"I'm trying to look ahead. I'd rather be safe and in a place than have no place to go at the last minute," Winslow said.

The city said phones have been ringing off the hook from tenants wondering if they're going to lose their homes.

Tags have been placed on over 800 apartments between Autumn Ridge and Capitol Village, and the first thing the city wants tenants of both complexes to know is that they won't have to vacate their apartments.

Sanford said the pink slips are a legal notice warning apartment tenants that they are living in a property that is not up to code.

"It allows the tenants to have some rights such as paying into escrow, instead of paying rent, and is saying we are expecting these properties to be brought up to code," Schor said.

In most cases, an escrow account usually works with the court system. When you pay into escrow, there's a chance you can get your money back depending on how bad the problems are and how long it takes for the landlord to fix those problems.