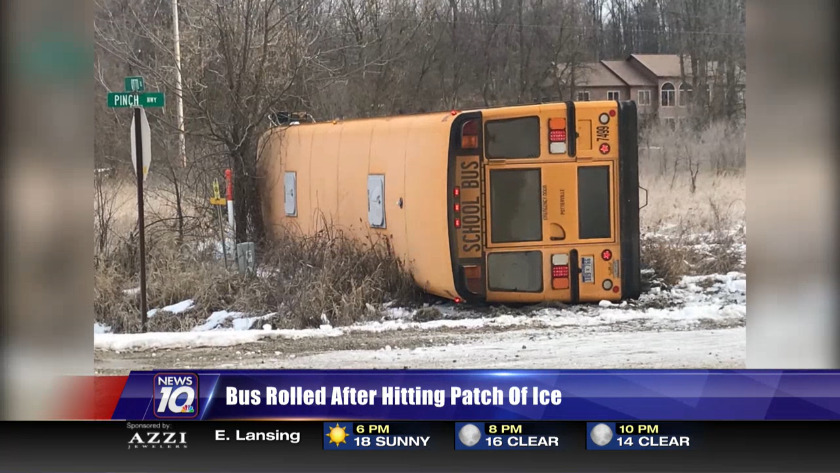 UPDATE: Sheriff says icy conditions appear to be cause of bus rollover 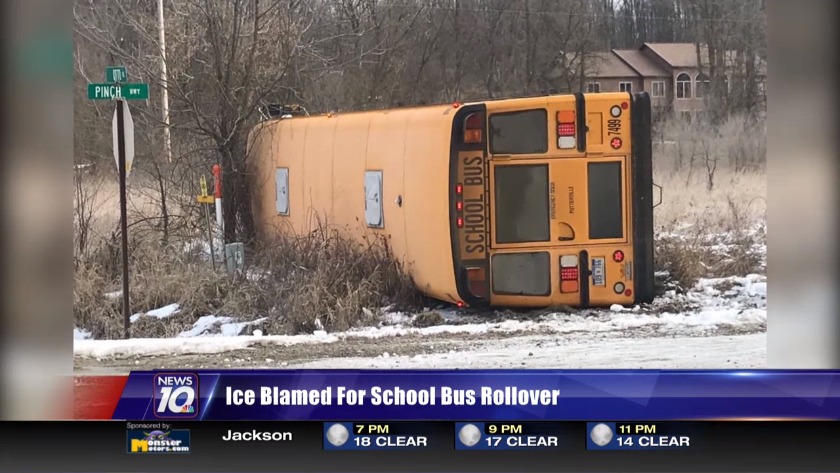 No one was seriously hurt when a Potterville Schools bus rolled over Thursday morning.

According to the Eaton County Sheriff's Office, the bus rolled over at 7:20 a.m on Pinch Highway near Otto Road.

The sheriff's office said the bus was carrying seven students and one of the students suffered a minor injury, but was not hospitalized. That student reportedly went home with a family member.

The seven kids on board the bus were from elementary school age to high school.

The bus driver is also okay.

The driver of the bus was picking kids up for school when the accident happened, according to Kevin Robydek, Superintendent of Potterville School District. The bus ended up in the ditch next to the road.

Eaton County Sheriff Thomas Reich said icy conditions appear to be the primary cause of the crash.

"We've had minor bus accidents over the years, I've never seen a bus that was rolled over," said Reich.

One parent who had two children on the bus told News 10 he was shocked when he got the call Thursday morning and he's thankful it wasn't worse.

"In this case it is school children, so there is extra concern, so we get there as quickly and safely as possible," he said.

No other vehicles were involved and no other significant injuries were reported.

Dean Transportation, who supplies the buses for the school district, released the following statement:

"A Potterville Public Schools school bus, operated by Dean Transportation, was involved in a single vehicle accident at approximately 7:20 a.m. this morning at the corner of Pinch Highway and Otto Road. The bus was transporting seven students at the time of the accident.

Upon approaching the intersection, the bus slid on an icy roadway, sliding into the shoulder of the road, causing it to tip into the grass onto the side. One student suffered a minor injury and was released to a family member at the scene. Icy road conditions leading up to the intersection on this rural gravel road appear to be the primary factor in the accident.

“We are beyond thankful no students or others were seriously injured in this accident and were able to be released to guardians at the scene. Dean Transportation team’s immediately enacted our training and safety protocols and worked in close coordination with the school district to alert parents. We also give our thanks to the first responders who arrived quickly for their top-notch assistance,” said Kellie Dean, President of Dean Transportation.