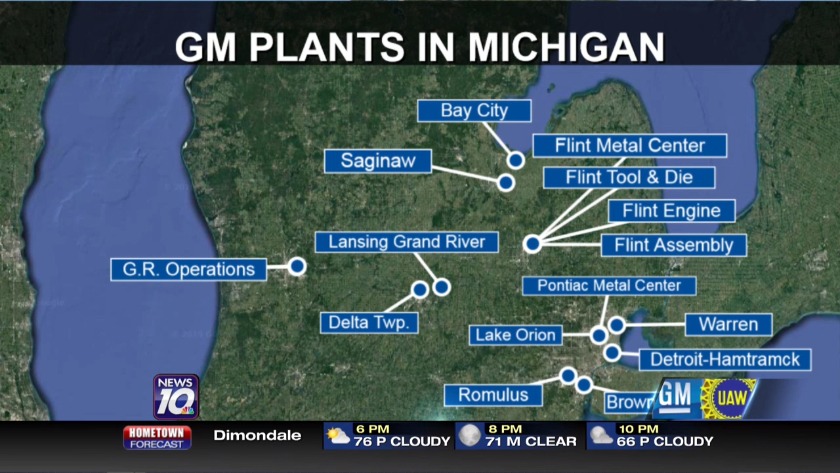 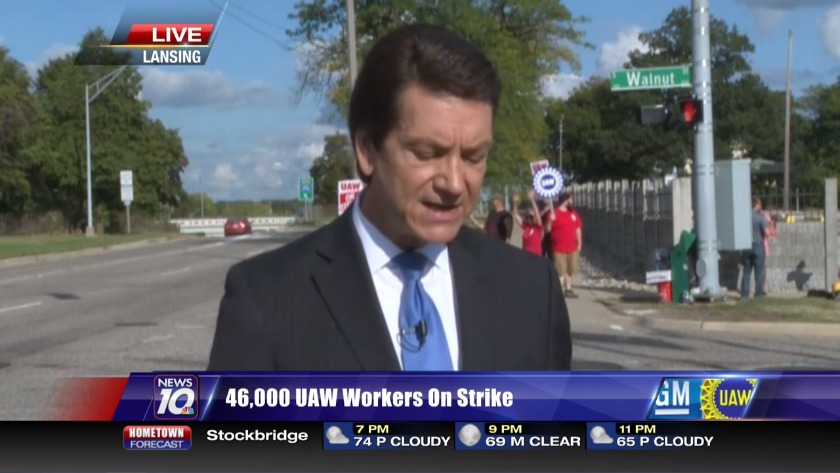 Ford and Fiat-Chrysler workers not on strike 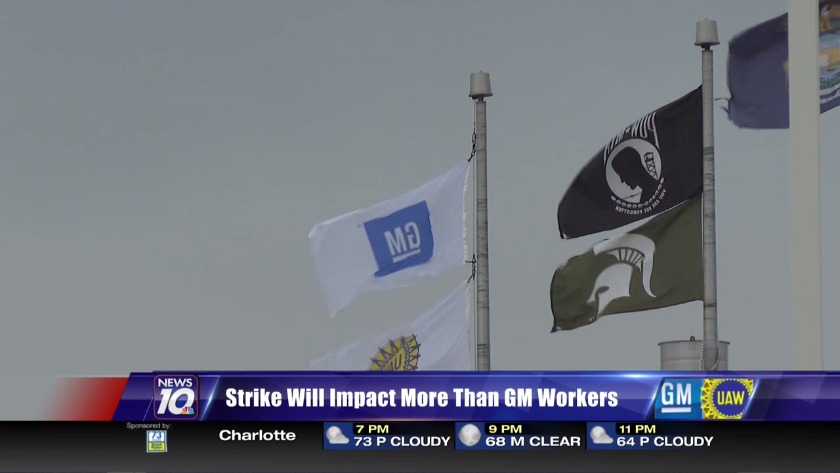 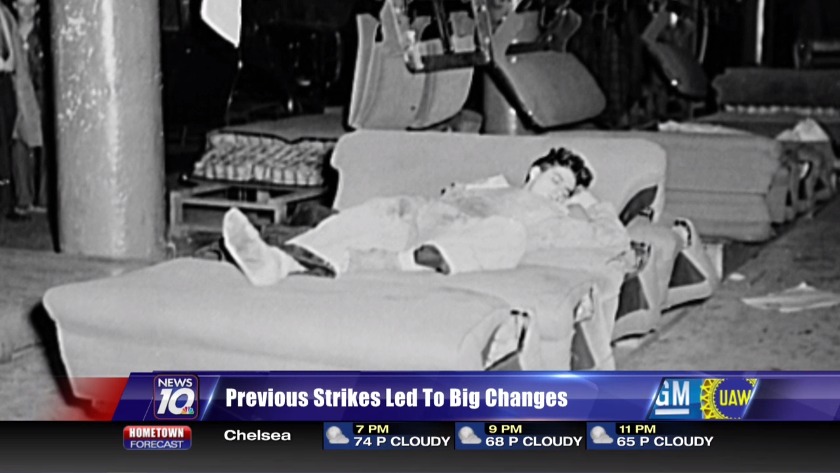 LANSING, MI (WILX) - It's a strike experts say should have been avoided...

The union blames GM for waiting until the last minute to make a solid contract offer.

But critics say the UAW is trying to deflect from it's corruption investigation.

Of the 55 GM facilities that are shut down, 15 of them are in Michigan.

There are roughly 5,000 GM workers affected here in mid-Michigan plus suppliers who will be laid off if the strike drags on.

There are two main issues: wages and the fate of plants that have nothing to build right now.

GM says it offered pay increases for all four years of a potential deal, better profit sharing, improved health care benefits, and 5400 new jobs at plants across the country.

President Donald Trump weighed in on Twitter saying, "Here we go again with General Motors and the United Auto Workers... Get together and make a deal."

Here we go again with General Motors and the United Auto Workers. Get together and make a deal!

The union's vice president saying he's not concerned with that.

"Quite frankly we're very focused on these negotiations. The people behind us, their families, their communities, and quite frankly, these American jobs because for every auto worker here there are seven additional jobs attached to what they do. That's the big picture." - Terry Dittes, UAW Vice President said.

Now, Ford and Fiat / Chrysler plants are still running because the union chose GM as its target for contract talks.

Once a deal is done with GM, then the UAW will negotiate with the other two.

As bad as it could be for the Lansing area, it's going to be even worse in Flint.

They have four plants that employ almost 7,000 people.

Aside from the four plants in Flint there are others in Saginaw and Bay City.

You don't even have to work in the auto industry to take a financial hit from the strike.

GM has around 5,000 UAW employees in the Lansing area.

Between them, and workers at suppliers who get laid off, that's a lot of money not being spent at local businesses like Tony M's restaurant near the Delta Plant.

And there are plenty of other businesses in the same boat -- especially gas stations and convenience stores near the plants.

At the Lansing Grand River Assembly there are around 1,500 people on strike as contract negotiations continue between the UAW and GM.

Workers there make the Cadillac CT4 and CT5, and the Chevy Camaro.

Besides the Lansing area, many other communities in our state are impacted by this strike.

It's day one of the UAW GM strike at plants across metro Detroit and the country with union members outside picketing after turning down a last minute offer by General Motors.

Shortly after midnight on Sunday nearly 50,000 workers walked off the job.

It's the first U.S. auto strike in more than a decade.

Members will only get $250 a week in strike pay.

GM says they have solutions for assembly plants in Michigan and Ohio that were scheduled to be idled.

These negotiations come at a time when the UAW leadership itself is in crisis with several federal investigations ending with convictions.

Embattled UAW president Gary Jones didn't even announce the strike himself and was seen Sunday walking out a back door.

Nine people have been convicted on charges in connection with that investigation, President Gary Jones was also implicated. He who lives in Canton Township, and former president Dennis Williams, whose homes were both raided last month.

Neither of them have been charged with anything at this time.

On Monday, many members said they still had faith in union leadership at the bargaining table.

After earning record profits UAW members say they want GM to give back to the workers who made concessions during the bailout more than a decade ago.

Negotiations resumed at ten Monday morning in downtown Detroit with Chrysler and Ford contracts extended as all eyes are on GM.

The story is the same on the west side of the state in Grand Rapids.

About 800 employees there also walked off the job at midnight in Wyoming.

Hourly workers at west Michigan's only GM facility joined about 50,000 fellow rank and file members who walked off the job.

The automaker has reportedly made some concession in that area at the bargaining table.

GM now pays on average, $63 an hour compared to $50 an hour by foreign automakers.

Health care costs are another bone of contention.

UAW members pay about 4 percent of their heath care costs.

The national average for other large firms is about 34 percent.

Grand Valley State Seidman School of Business Associate, Dean Paul Isley says one issue driving the strike is the concession made by workers during the great recession.

"Part of what's here is a continual feeling that the workers gave back during the downturn, and they should be rewarded for that."

While this is the only GM plant in west Michigan there are dozens of other companies that sell parts to GM.

At the Delta Township plant workers are striking because the two sides have not come to an agreement on a new four year contract.

They're telling NEWS 10 that they're ready to ride this out until they get a better offer from General Motors.

They have a lot to lose.

The workers won't even start seeing their $250 in weekly strike pay unless this goes on for 15-days.

And, this is the first time the union has had a nationwide walkout against GM in 12-years.

Some of the previous strikes have led to huge changes in the industry.

The UAW’s first organized strike was the "sit-down" in Flint in 1937.

Workers occupied the plant for 44-days -- fighting off police and eventually getting protection from the National Guard.

It led several other companies to do the same and helped the union's membership grow from 30,000 to half-a-million within a year.

The next big walkout was a 113-day strike against GM following the end of World War 2.

Workers got raises -- but industry historians consider it a win for the company.

That trickled down quickly forcing production to stop at around 130 plants in North America.

And 193,000 workers in those plants were temporarily laid off.

It led to the creation of a multi-billion-dollar trust fund to pay for retiree health care costs.