UPDATE: Minor injuries in I-96 pileup 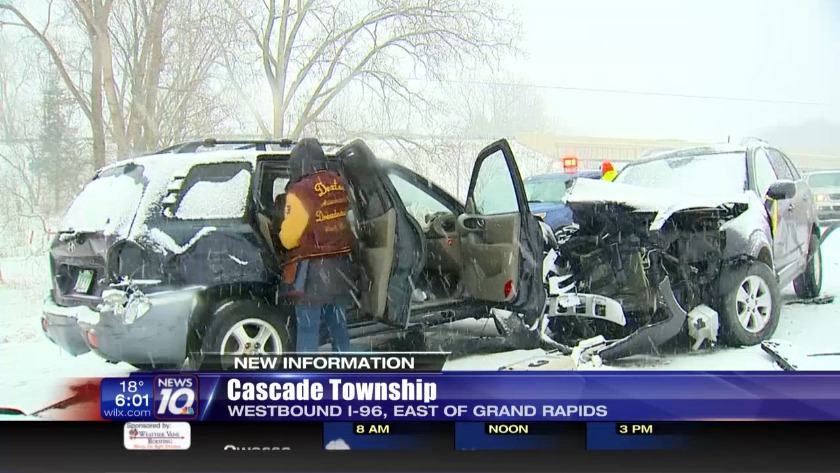 New Information: I96 Pile up

3 hurt on I-96 pileup involving over 40 vehicles

CASCADE TOWNSHIP, Mich. (WILX) -- At least three people were taken to hospitals after being involved in a pile-up involving at least 25 vehicles on westbound I-96, just east of Grand Rapids. Michigan State Police say their injuries are considered minor.

The crashes happened around 1 p.m. in Cascade Township. The pileup had the stretch of I-96 shut down near Whitney Avenue to the Alden Nash Avenue exit to Lowell for about three hours.

Michigan State Police say people driving too fast for the near white-out conditions on snow-packed roads were factors in the pileup.

Authorities are urging drivers to slow down as visibility may be poor on top of roads being snow-covered.

Stay with News 10 as we continue to track this situation. Refresh your page to make sure you are seeing the most current information.

Major bridge in Jackson is back open

Police want you to drive "merry and bright" this season

Residents should expect delays due to road work starting next week

Major bridge in Jackson is back open

Police want you to drive "merry and bright" this season

Residents should expect delays due to road work starting next week